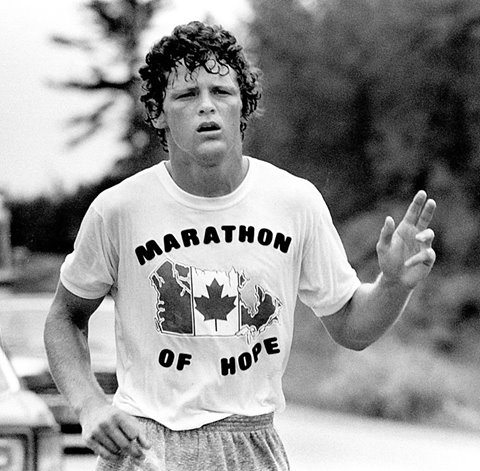 There are some big changes coming to the Terry Fox Run in Grande Prairie. Along with being moved back to Muskoseepi Park on September 19, it’s also being held in conjuction with National School Run Day. Swan City Rotary Club member Peter Shields says they wanted to get more people involved in the Terry Fox Foundation fundraiser.

This year is the 35th anniversary of the Marathon of Hope, which saw Fox run roughly 42 kilometres a day for 143 days before his leg cancer spread to his lungs. He was able to raise $27.17 million, a dollar for every Canadian at that time, and Mayor Bill Given has issued the same challenge for residents of GP. Shields adds that 84 per cent of donations go towards cancer research.

“We’re very, very light on administration because it’s all volunteer work. Rotary has always headed up the Terry Fox Run in Grande Prairie and we do this on a volunteer basis, so there’s very, very little administration costs allowing for that high ratio of dollars going to the Foundation.”

Swan City Rotary has hosted the Terry Fox Run in Grande Prairie since 1984, but it has spent the last two years in Crystal Lake. Shields says they expect to triple the number of people taking part in the run by putting the two events together.