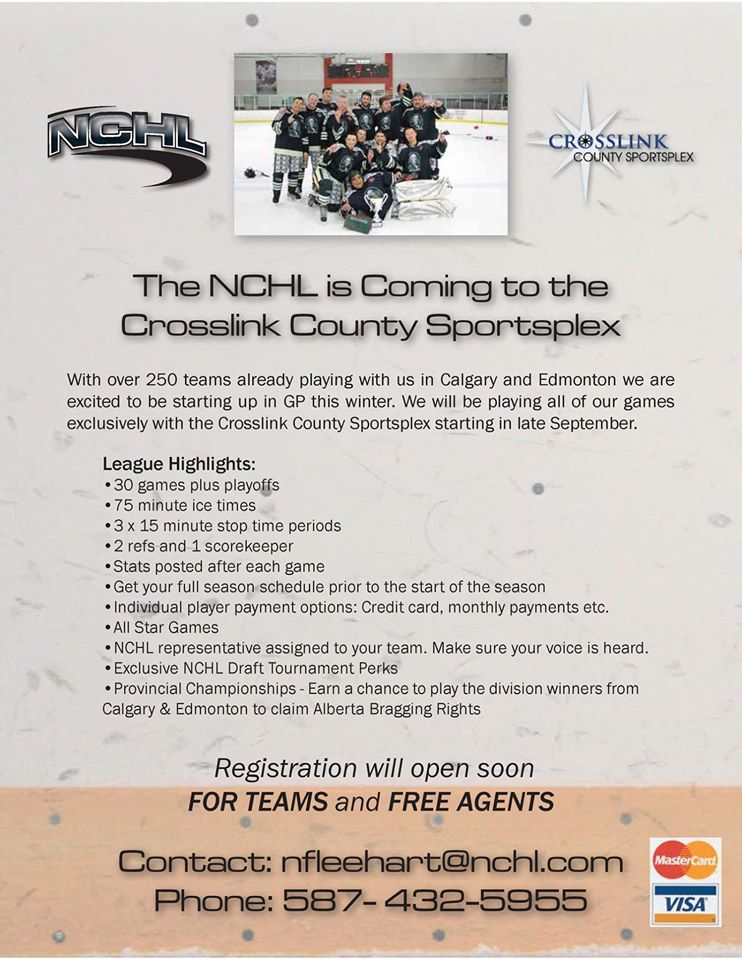 A new hockey league is looking at branching out into the Grande Prairie area. The Non-Contact Hockey League already operates out of Calgary in Edmonton and will be starting up the local league exclusively at the Crosslink County Sportsplex in late September.

Nick Fleehart, Manager of Hockey Development says this league is all about creating a fun environment for adults who just want to play hockey.

“What it really means is that it’s a respect thing. It’s being able to go out and play hockey and not having to worry about getting your teeth knocked out or getting a black eye or having to deal with people fighting because we’re all adults and that’s not what we’re about when we get to an age when we just want to play for fun.”

Fleehart says another big advantage the NCHL has is that they provide both referees and scorekeepers for games.

The league will also likely be split into three, rather than two- different divisions this season in order to keep things on an even playing field for players of all different skill levels.

“We’d like to do a lower division where guys that didn’t play hockey growing up and they’re just a little more unsure of themselves- that they have a safe place to play where they can actually score goals and compete and get better. Then we’ll have a mid division, and then there’s some very good players in Grande Prairie so we also want to have a spot for those guys to go out and be able to compete against others at their own level.”

The league will be open to both male and female players over the age of 18. There will be a meet and greet at the Players Bench Lounge this evening at 7 pm for anyone who would like to learn more.