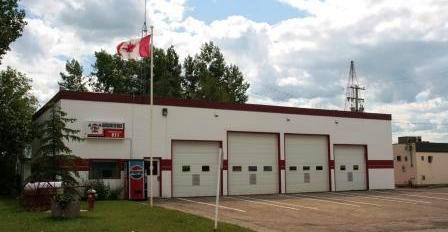 The Beaverlodge Fire Department is still looking into what caused a fire that nearly destroyed a home Monday night.

Crews from the town and neighbouring Hythe responded around 6 p.m. to the home on 10th Avenue. They spent several hours fighting the blaze, which also caused heat damage to the home next door. Fire

Chief Steve Rawlyk says the house suffered extensive damage, but is unsure of whether it will be considered a write-off. The residents were at home at the time, but everyone was able to get out safely.