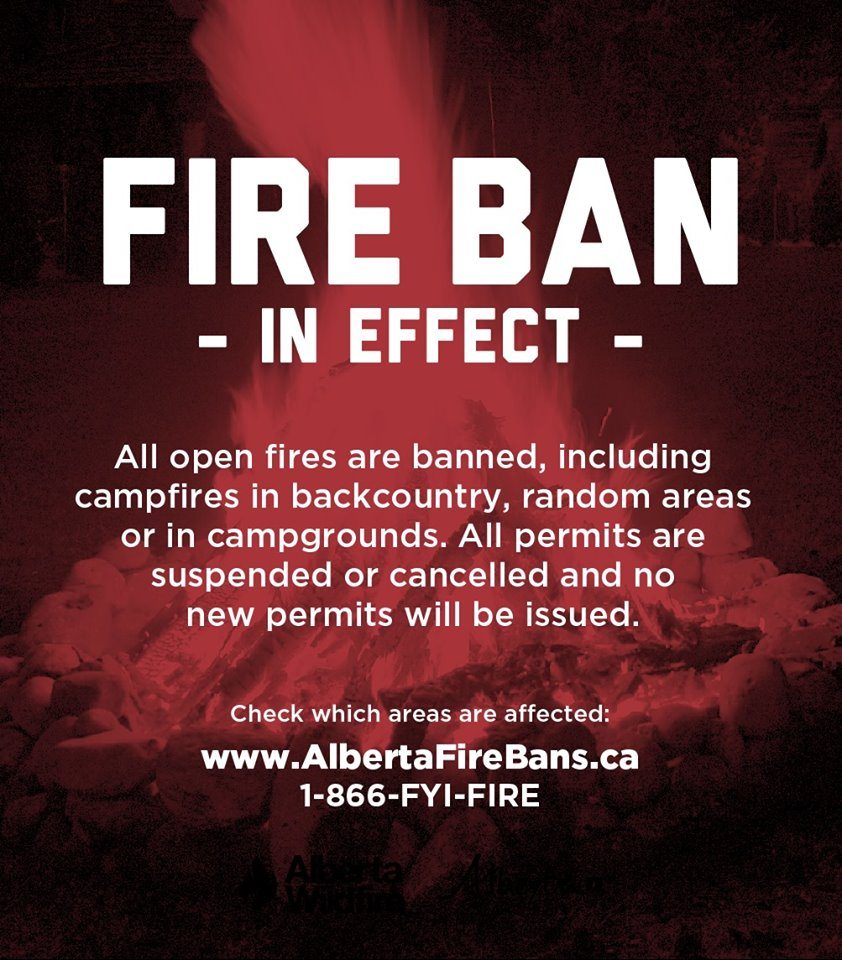 A fire ban is now in effect for the city and the entire province, but it seems word hasn’t spread far enough. The Grande Prairie Fire Department had to respond to an open fire early Wednesday morning.

“There was a small campfire in Muskoseepi Park that we had to respond to and make sure it was out and inform the people that there is a full fire ban within the city. We’ve heard rumours that there are other fire pits within the city that might still be burning, so it’s not a bad idea to let the people know.”

Captain Ward Redwood explains the fire ban covers any fire pits, fires in public parks, brush piles, and devices with open flames like tiki torches. Propane fire pits and propane or gas barbecues are allowed, but charcoal briquettes are not.

Redwood adds that with the summer weather, more people are outdoors adding to the risk of cigarettes, barbecues and other activities creating a spark.