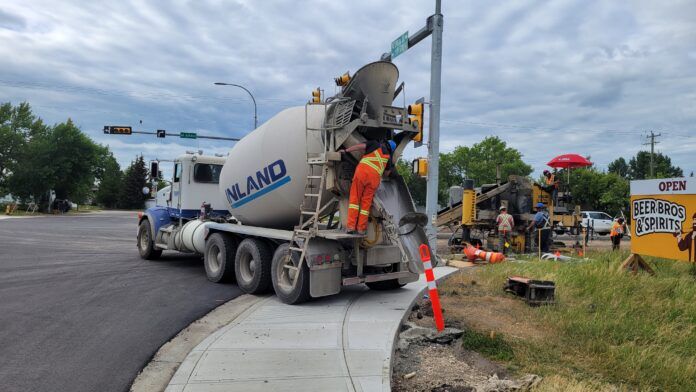 What’s still left to do in the initial construction zone is the installation of a concrete median, a bus pad on the north side of 84 Avenue near 100 Street, streetlights, and landscaping. In the next section, crews will be fully reconstructing the road, replacing the curb and gutter, storm mains, and manhole, installing a smart right turn lane at the east to southbound turn at 84 Avenue and Resources Road, as well as installing streetlights and landscaping.

Transit routes will also be adjusted as of Tuesday with the construction zone change. Work began on this project at the beginning of June. It is expected construction will be done before the end of September.