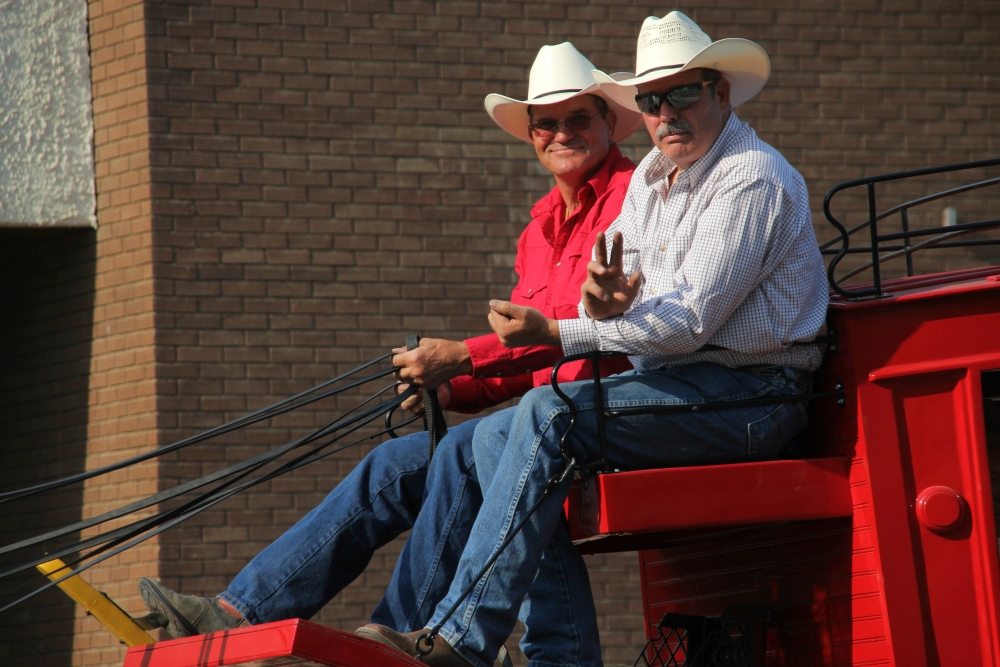 The 2015 Stompede season is officially underway.

Ross Mathers was named Stomper of the Year at the Stompede Bust Out BBQ Tuesday afternoon, while Rosenau Transport earned the Business Appreciation Award. The day was capped off with the Showdown Parade, as hundreds of families lined 100th Street to enjoy the trail of Stompede supporters.

The chuckwagons hit the tracks at 5 p.m. Wednesday, followed by the rodeo at 9 p.m. A full schedule is available here.