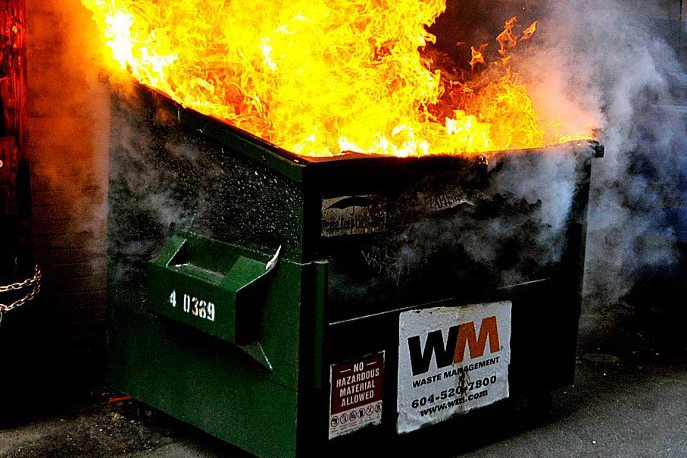 Grande Prairie seems to have a firebug on its hands.

The fire department has responded to more than 22 fires in dumpsters and recycle bins since the beginning of January, including three Thursday night. Platoon Chief Steve Larsen says they’re being deliberately set in the Highland Park and Swanavon neighbourhoods, with big risks of property damage.

“There is always the potential of the production of that heat to catch other things on fire. We have had subsequent damage to fences and other things, so it’s only a matter of time and that’s why we’re taking this very seriously that we put an end to these types of fires.”

Residents of those areas are encouraged to contact RCMP if they see any suspicious activity. Charges could be laid.