Wayne Drysdale back in as Grande Prairie-Wapiti MLA 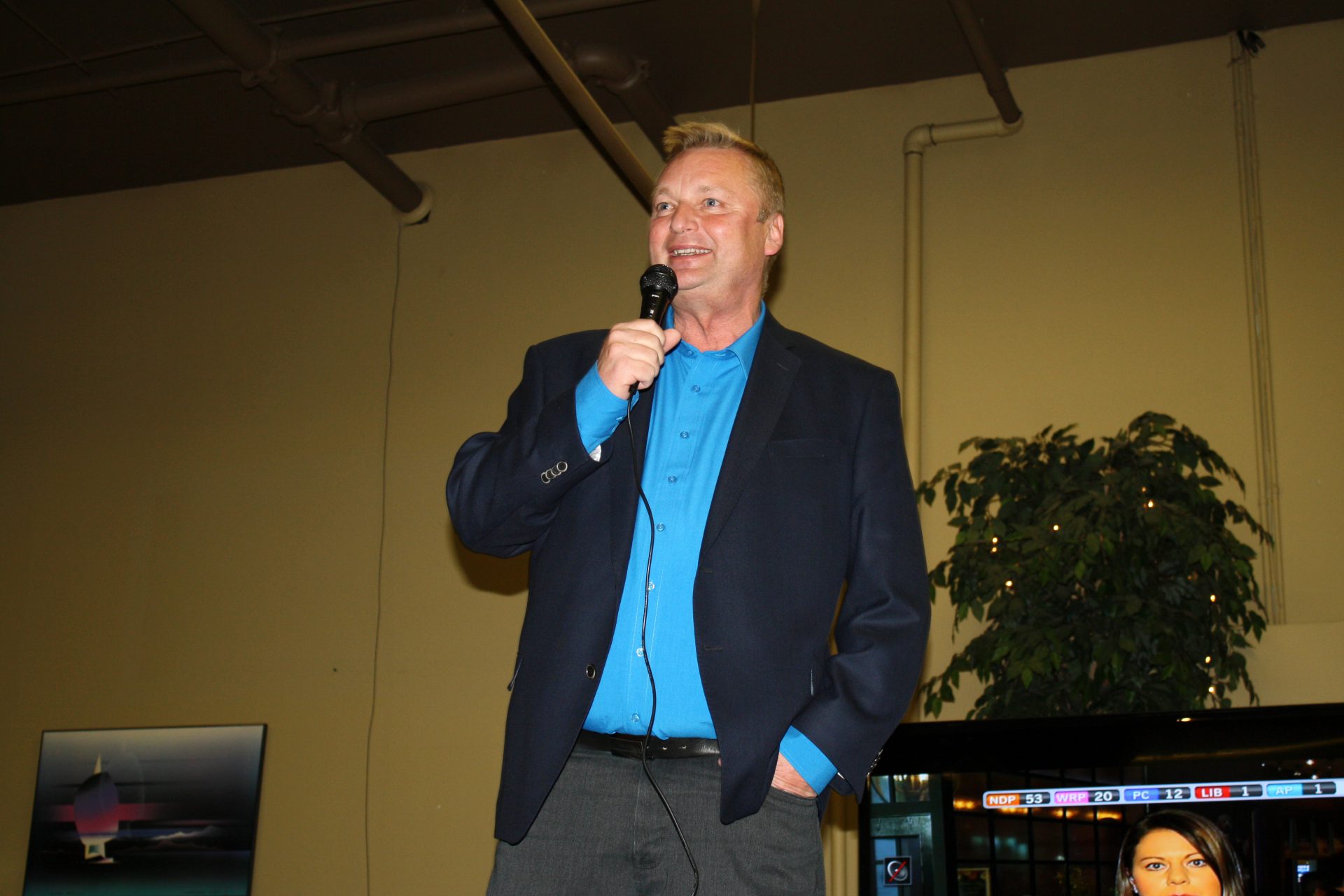 Wayne Drysdale has been reelected as MLA for Grande Prairie-Wapiti. The incumbent PC candidate says that while he’s happy he was voted back in, he has mixed feelings with his party losing so many seats.

Drysdale says he knew it was going to be a tough election, but is surprised by how drastic the change is. He adds he’s disappointed Jim Prentice has stepped down, but Drysdale says a leadership run is not in his plans.

She held the lead initially, but in the end, the NDP’s Mary Dahr fell short of beating Drysdale. Regardless, Dahr says she’s overjoyed to see the polls were right and the NDP won a majority government.

“Three years ago when I ran, it was nothing like tonight. This was amazing for four seats to grow to over 50. For me I was in a win-win situation; if I won I would be an MLA, and if I lost I’d be a beach bum.”

Dahr says she retired last week, and will be moving to Nova Scotia, where she has a house on the ocean, meaning another run at politics is out of the question.