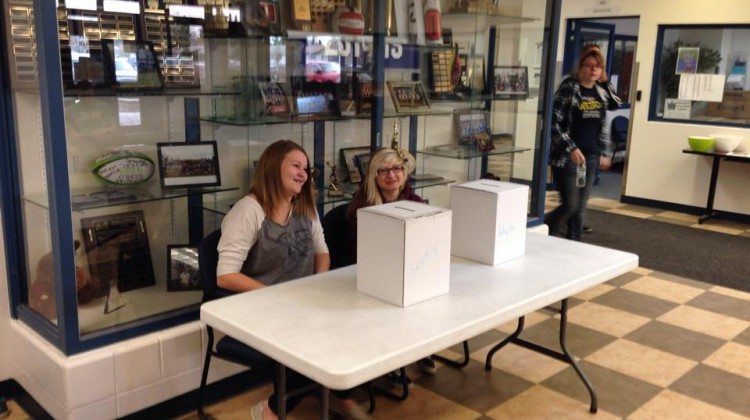 Students across Alberta took part in a mock vote this morning, casting ballots for who they’d like to see represent their riding. 15 year old Caden Nelson was the deputy returning officer at St. Mary’s Cathlic School in Sexsmith. He encourages everyone old enough to vote to use the opportunity.

“Every vote means something. I know a lot of people are like, ‘Well, it doesn’t mean much; it’s just one vote,’ but if you think that way, and so do 100 other people, if you all went out and voted, that 100 votes now that count for something.”

The results of the province-wide student vote will be revealed after the polls close Tuesday.