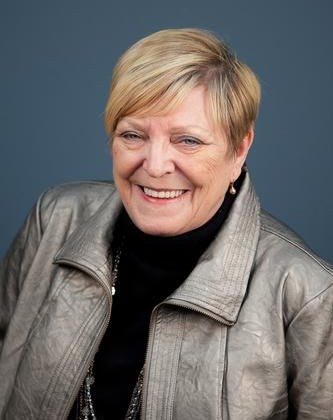 Helen Rice. (Supplied by the City of Grande Prairie)

Grande Prairie’s longest-serving city councillor and a trailblazing force of the community has died. Helen Rice passed away Sunday at the age of 77.

Rice spent nearly four consecutive decades on Grande Prairie city council from 1979 to 2017, and spent much of her time working for Albertans as well. Rice held the position of the President and board of directors member of the Alberta Urban Municipalities Association. Rice was the recipient of the Emerald Award for Environmental Leadership, Alberta Urban Municipalities Distinguished Service Award, International Communication Achievement Award from Toastmasters, and was named one of the Top 50 most influential people in Alberta as part of Venture Alberta’s Top 50 list in 2009. The plaza outside of Bonnetts Energy Centre in downtown Grande Prairie also bears her name.

Condolences continue to pour in on social media, with former provincial politicians, regional businesses owners, community members, and friends sharing stories about the impact she had on their lives. Grande Prairie—Mackenzie MP Chris Warkentin says he remains forever thankful for her friendship and mentorship through the years.

“In the coming days there will be much said about all of Helen’s contributors to city, region and province but the most important thing to remember is that Helen cared deeply about our community and the people who called Grande Prairie home,” he writes on Facebook. “I am thankful for her friendship and mentorship through the years.”

County of Grande Prairie Councillor Karen Rosvold says Rice was always a force to be reckoned with.

“She was also extremely supportive of new councillors coming in whether they were from the city or the county.”

“Helen was a friend and a mentor. I loved her candor and wicked sense of humour. I will miss her very much,” adds former Central Peace—Notley MLA Marg McCuaig Boyd.

Better than Fred’s owner John Kriska says Helen Rice went out of her way to always help everyone around her, and he will be forever grateful. “You always answered the phone when I needed your help at Fred’s, And I always enjoyed your visits immensely, you did so much for this city and it was you that made me part of the downtown association,” he said.

To thank her for her years of service, the City of Grande Prairie renamed the plaza outside of The Bonnetts Energy Centre to H.A Rice Plaza, in honour of the political mainstay.