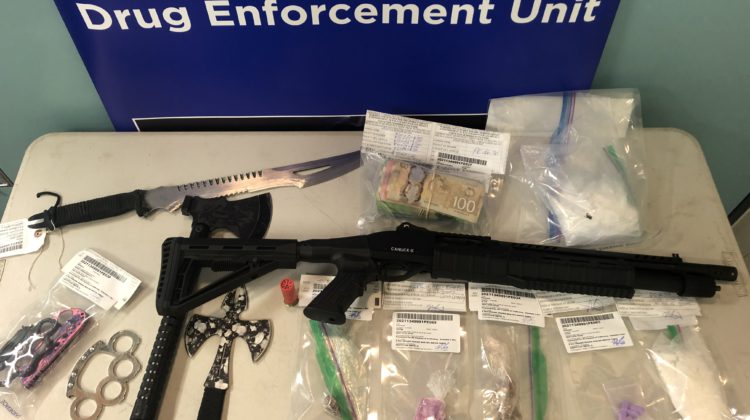 Two people are facing charges after a weapon, drugs, and cash was seized from two locations in Grande Prairie.

Authorities say they executed two search warrants within the municipality on October 22nd, and during the search, seized what is believed to be approximately 750 grams of crystal meth, 76 grams of cocaine, and 49 grams of fentanyl. The RCMP says they also seized shotgun with ammunition, approximately $9,585 in cash, and multiple items related to drug trafficking.

36-year-old Jeffrey Klimack and 32-year-old Denise Lynn Peirce, both of Grande Prairie, are facing charges including possession for the purpose of trafficking, unauthorized use of a weapon, and possession of property obtained by crime.

Klimack was remanded into police custody and is scheduled to appear in Grande Prairie Provincial Court on November 3rd, while Pierce was released from custody on a release order and will make a court appearance on November 10th.