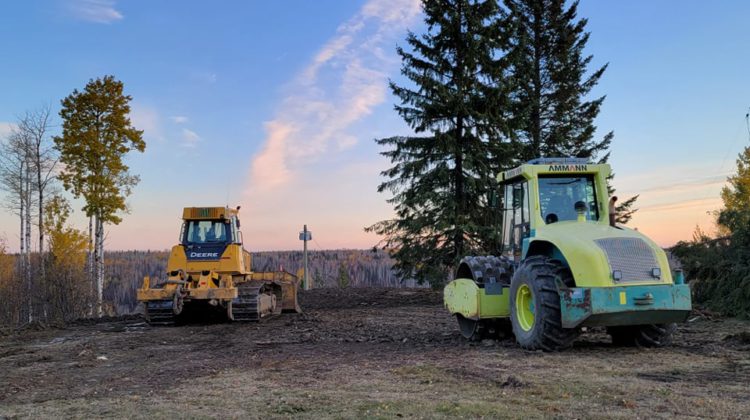 Construction crews at Nitehawk Year-Round Adventure Park are in the midst of installing a new T-Bar lift on-site, as they continue to rebuild after a landslide in 2020.

General Manager Johnathan Clarkson says once the lift is in place, they plan to open more terrain on the east side of the Ski Hill, including Showoff and Connector.

“If everything goes smoothly and we don’t experience any roadblocks, we hope to have the lift operational by early January 2022,” he said in a statement.

The landslide, which took place in May 2020, took place near the temptation run on the property, before spreading across the luge track and into the “Showoff run. The landslide created surface damage to those two runs, slight damage to an above-ground snowmaking pipe, and multiple chairlift poles. Clarkson says outside of the damaged areas, they will still be open for the winter season, and it will look similar to 2020.

“We will also have all the terrain the public had access to last season, which included Bob’s Bump, Upper Showoff, the Inked Energy Pipeline, Will-O-Way, the Terrain Park, and the Aquatera Tube Zone,” he adds.