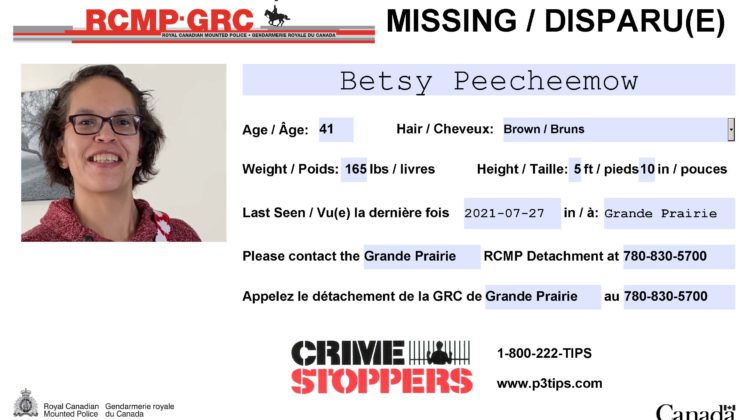 Grande Prairie RCMP is asking for the public’s help in tracking down a missing 41-year-old woman. Police say they’re looking to verify the well-being of 41-year-old Betsy Monica Peecheemow, who may be travelling to British Columbia.

Peecheemow is described as 5’10” tall, weighing approximately 165 pounds with brown hair and brown eyes. Anyone with information in connection to Betsy’s whereabouts to call the Grande Prairie RCMP at 780-830-5700 or Crime Stoppers at 1-800-222-8477 (TIPS).