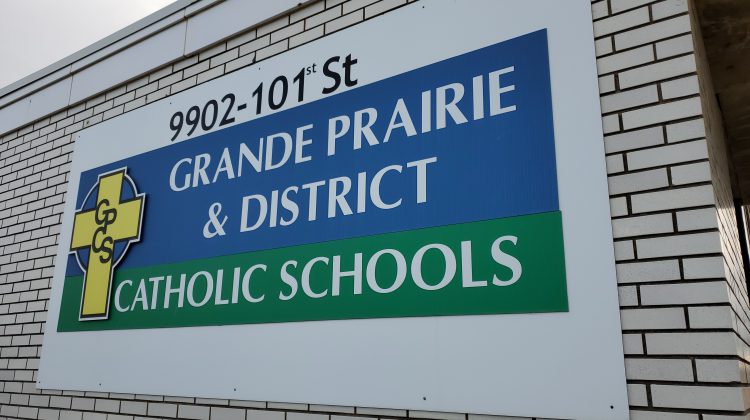 Members of the Grande Prairie and District Catholic Schools Board have voted to mandate the use of masks or face coverings in all common areas and hallways in their schools across the region.

Board Chair Michael Ouellette says the decision was made after a lengthy debate Monday to try to help stop the spread of COVID-19 in schools. He adds it’s not quite a blanket mandate, as students will not need to wear a mask under several different circumstances.

“They’re permitted to remove their mask while stated in desks, eating, drinking, phys ed, and the performing arts,” he says. “We worked with it, and we also worked with what the other districts in the province are working with as well, so we decided to try and come up with a solution that was the best.”

Ouellette says, while the issue has been divisive, the board made the decision based on the in flux of COVID-19 cases in the region, adding their job is to take care of students in the district as best they can.

“We walked that line by having to take over a decision we hoped the government would have made, and once they put it on our agenda, we had to make the decision,” he says.

“There are going to be outbreaks in every division, we will have them in our division as well, but we hope this will try and take away some of that… that’s what we are hoping for,” he adds.

The mask mandate will go into effect on September 20th.