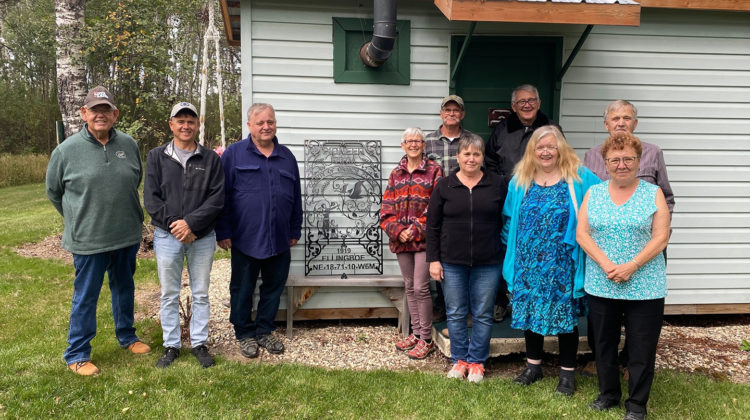 A west County family is being recognized for over a century of farm work as the Ellingboe family was named the recipient of the County of Grande Prairie Agricultural Services Board’s Pioneer Farming Award.

Speaking on behalf of the family, Arta Juneau-Brown says she remembers her father telling her about advertisements for free land in the Peace Country, which began the now century-long journey for the family.

“He was 32 and a bachelor when he set out by rail in 1918, but the journey was fraught with danger, including moose on the tracks and a derailment.”

Arthur Ellingboe was born in Minnesota and lived in North Dakota before arriving at the land just outside Beaverlodge. Juneau-Brown says he lived in a tent, among other places before his mother and stepfather arrived in 1928.

“I’m proud of my father’s tenacity in the face of hardship,” she adds. “He even slept in a snowbank in the absence of any other available accommodations while hauling freight north of Dawson Creek.”

The now 320-acre farm continues to operate in its original location.

The Pioneer Award pays tribute to families who have lived and farmed or ranched in the County for 100 years or more.