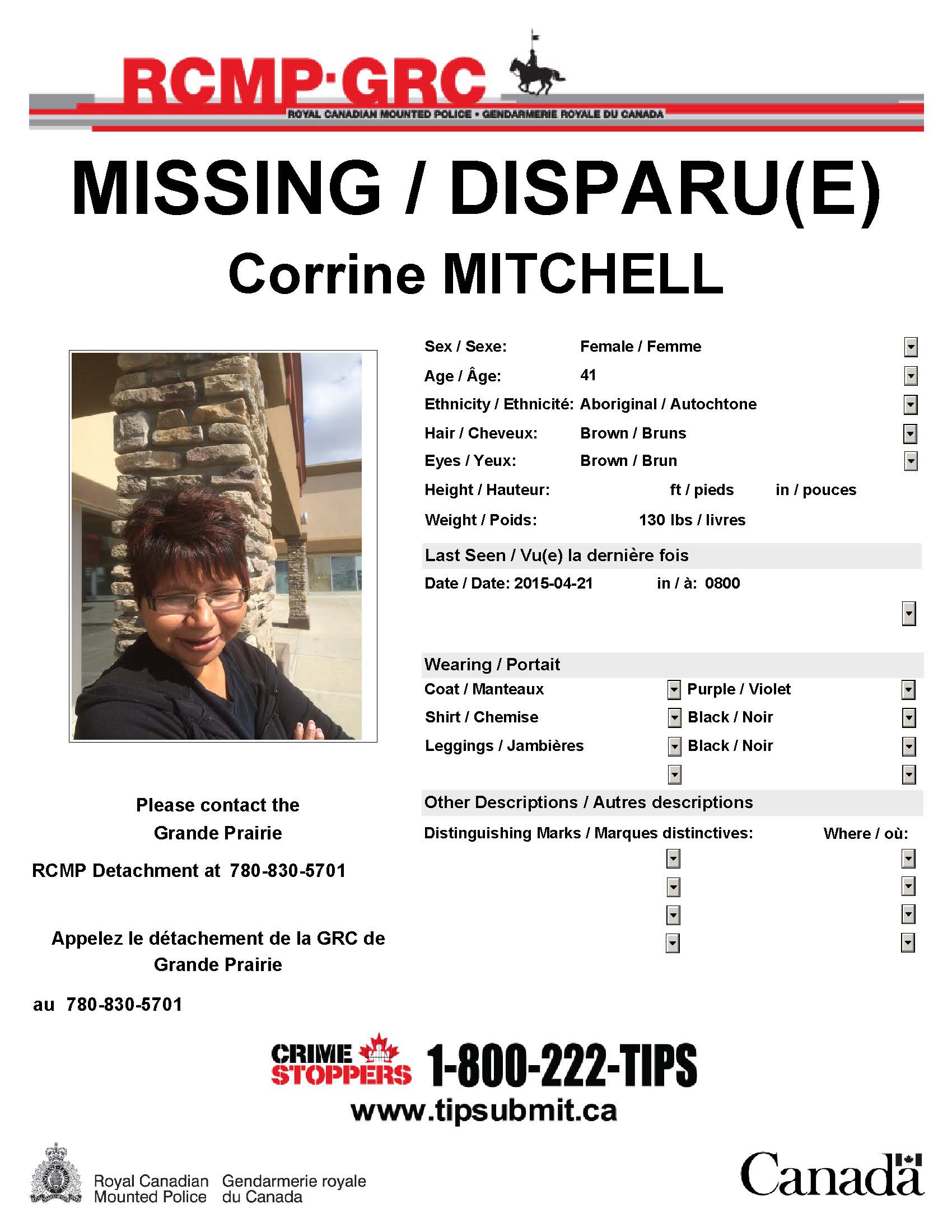 UPDATE: Grande Prairie RCMP reports Corinne Mitchell was found safe Thursday in the downtown core. The public is thanked for their help in finding her.

Grande Prairie RCMP is searching for an Aboriginal woman missing from a group home. 41 year old Corinne Janet Mitchell reportedly left the home Monday night and never came back. She may have been seen around the Friendship Centre at 8 a.m. the next morning.

An employee of the group home says Mitchell has left before but normally returns. She has made her way to Sturgeon Lake First Nation before. Although police don’t believe her disappearance is suspicious, she has a cognitive delay that could make her a vulnerable person, so they want to make sure she is safe.

Mitchell is described as 130 pounds with short brown hair and brown eyes. She was last seen wearing a purple coat, black shirt and black leggings. Anyone who may have seen her or knows her whereabouts is asked to contact RCMP or Crime Stoppers.