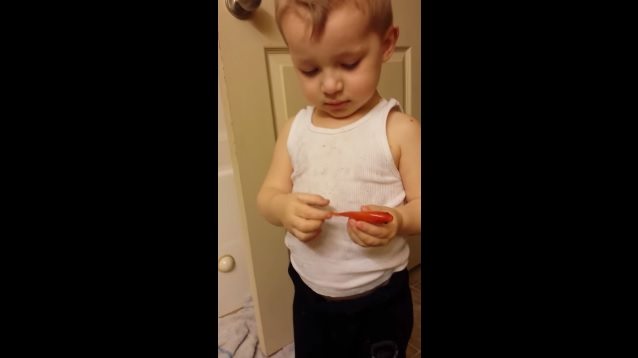 By now, it’s likely popped up in your news feed: a viral video of a young boy’s tearful goodbye to his pet fish. What you might not know is that it was shot right here in Grande Prairie.

Mom Brooke Geherman says three year old Kowen was so sad after the loss of his friend Top, he called his grandmother.

The original fish funeral video has more than 5.5 million views on Youtube, and millions more on Facebook.

Geherman says she’s gotten interview requests from as far as Japan, and while the response has surprised her, she can see how people can relate to a young boy’s feeling of loss.

“I think it’s just the humour of it, because no one expects him to cry afterwards – I didn’t – and then when he did, it’s like, ‘what?!’ It hits home, right? Pets are a family member.”

Kowen still has two more fish and a dog, but a kitty named Spiderman has since been added to the family.