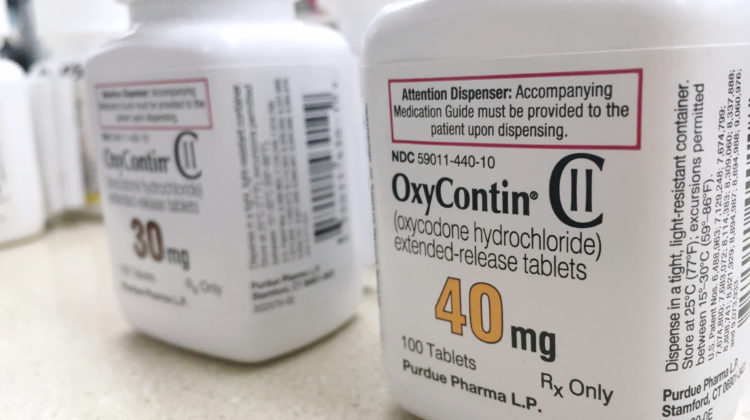 Testimony from the City of Grande Prairie will be heard in the U.S. Bankruptcy Court next week. Guardian Law has filed an objection to Purdue Pharma’s bankruptcy plan on behalf of the city, which will represent all Canadian cities and municipalities.

Mathew Farrell, a lawyer with the Calgary-based firm, explains that the multibillion-dollar bankruptcy proposal doesn’t include compensation for Canadians. His hope is that the judge will agree that municipalities north of the border deserve their fair share.

The misinformation Farrell is referring to is what led the maker of OxyContin to filed for bankruptcy in 2019. The move was made to protect the company and its owners from thousands of lawsuits related to the opioid crisis and allegations of deceptive marketing.

“The claim against Purdue is that they spread misinformation about the safety and efficacy of opioids, and that increased the propensity for doctors to prescribe them,” argues Farrell. “But the things that they were saying about opioids being non-addictive and appropriate for a wider variety of ailments wasn’t true.”

The bankruptcy plan is valued by Purdue at more than $10 billion dollars, although the final amount is in flux. Farrell says the best-case scenario would see a tenth of that, or $1 billion, come across the border.

“Municipalities and other levels of government have been left to try and help people, and, of course, we’re still going to help people, but the person who bears the cost of that should be the person that caused the problem.”

The Purdue Pharma confirmation hearing is slated for August 9th, which is when any final objections will be heard.

Guardian Law is the firm that is also representing the City of Grande Prairie in a $10 billion class-action lawsuit against more than 40 pharmaceutical companies. Purdue is not part of the suit due to its bankruptcy filing.

Farrell explains a class-action lawsuit can take some time, noting there have so far been some jurisdictional challenges. However, it’s expected a certification motion will be filed this quarter.

“Give it approval for Grande Prairie to be the representative of all Canadian cities, and that is a process that is usually hotly contested and so we expect there to be some fireworks in that regard.”

Grande Prairie has been at the forefront of the opioid crisis in Alberta, with the number of accidental fatal opioid poisonings reaching historic levels in 2020. There were a total of 33 deaths recorded, giving the city a rate of 46.4 per 100,000 person-years. Over the first four months of the year, the city has had the highest rate of opioid deaths in the province at 66.9 per 100,000.