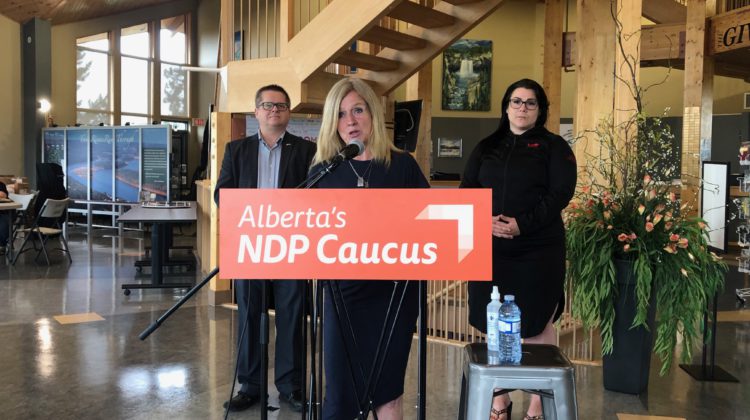 The Alberta NDP is claiming staffing shortages have led to the closure of 14 beds at the QEII Hospital in Grande Prairie.

“The Minister of Health continues to deny there is a problem,” says NDP Leader Rachel Notley. “I called on him to prove it and create a system that would provide real-time tracking of all available beds in Alberta hospitals.”

Registered Nurse and President of the United Nurses of Alberta Local 37 Kerrie Mealey says the situation at the QEII is a symptom of a greater problem facing nursing.

“These last 18 months, even up to 16 years, nursing has been incredibly short-staffed, and we’ve had no favours from the pandemic rollout,” she says.

“There’s no one coming to relieve us, and the jobs that are posted aren’t being filled, the vacancies are rampant [across] the entire province.”

Mealey says while the pandemic was an unprecedented time when it comes to the strain on the healthcare system, it did, in the end, create more awareness on the longer-term implications of a stretched front-line staff. She says the trickle-down effect of potentially slashing thousands of jobs in the sector could be far-reaching.

“The spackle has come off entirely, this has taken all the cracks and made them show entirely,” she says.

“Getting people to come here with talent, with commitments to the north… if you can’t have a healthy growing family, you can’t support anything going further in industry, in hospitality, in a growing community.”

Mealey suggests as many as 80 vacant RN positions remain vacant in Grande Prairie.

In a statement released earlier this month regarding collective bargaining between the UNA and AHS, Finance Minister and Grande Prairie—Wapiti MLA Travis Toews says on average, Alberta nurses make 5.6 per cent more than in other comparative provinces. He adds the need to bring wages in line with other jurisdictions is not meant to diminish respect for health care workers, but rather it’s simply reflective of the province’s fiscal reality.