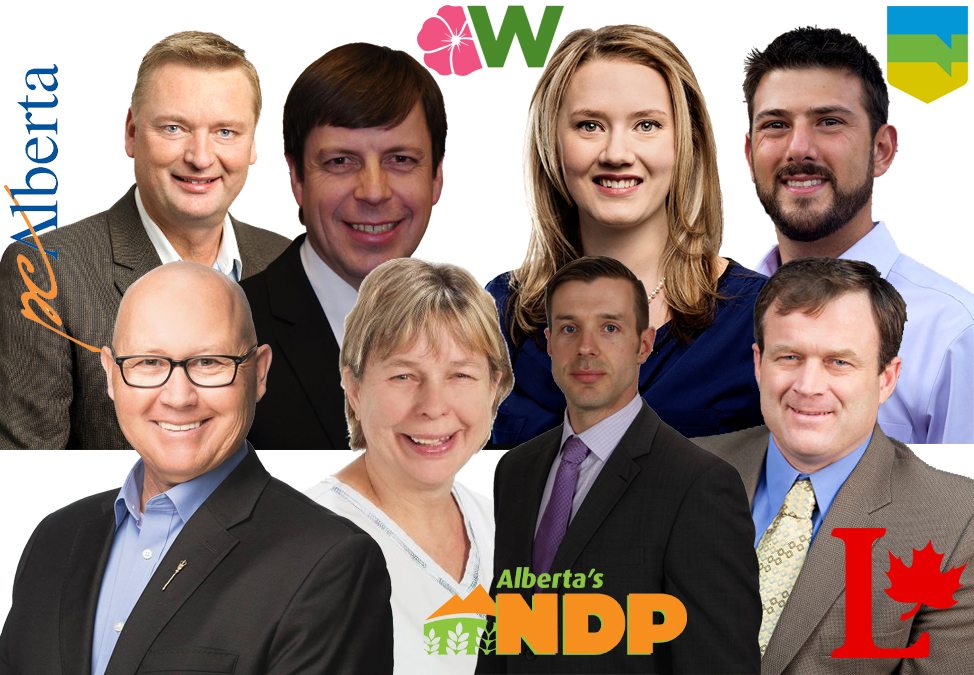 The All Candidates Forum for the Grande Prairie-area ridings is this Thursday, and nominations have officially closed.

The PC Party’s Everett McDonald will be up against two familiar faces, as Liberal Kevin McLean and Wildrose candidate Todd Loewen are in the running again. Also in the Grande Prairie – Smoky riding is newcomer Todd Russell for the NDP.

He replaces Mary Dahr, who came third in that riding in 2010, but is running in Grande Prairie – Wapiti this time around. She’s up against incumbent Wayne Drysdale for the PC Party, Laila Goodridge for the Wildrose, and Rory Tarant for the Alberta Party.

Albertans head to the polls May fifth.