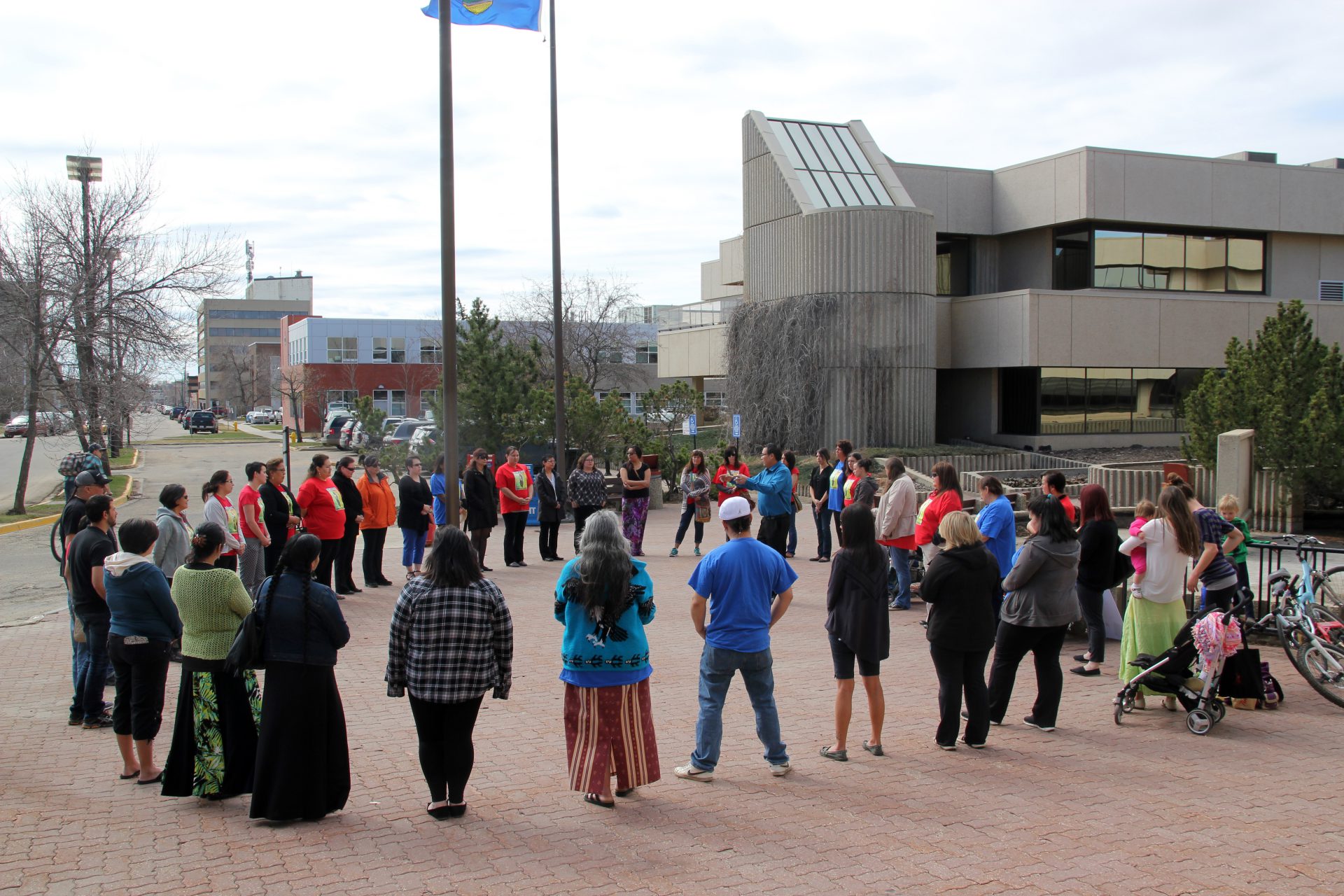 A group of roughly 40 people gathered outside the Grande Prairie courthouse today, ahead of the arraignment for the man charged with first degree murder. Hug a Sister founder Delaine Lambert-English helped organize the rally in support of the family of 26 year old Courtney Johnstone, whose body was found at the Aquatera landfill in February 2014.

“We have quite a few people here just to offer prayers and support and let the family know that we support them and that her life meant something. [We hope] that justice is served and that the person responsible for taking her life is held accountable.”

Lambert adds that although Johnstone’s family couldn’t make it to the rally, both her mother and grandmother have said they appreciate the community support.

A preliminary inquiry was held earlier this year to determine that 23 year old Shane Babitsch would face trial on his first degree murder charge. He has elected to a trial by judge and jury but a plea is needed for a date to be set.