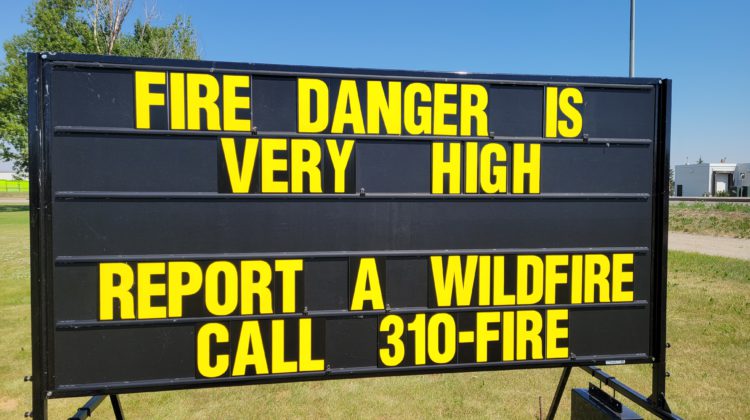 Another handful of heat-related weather records have been toppled in the City of Grande Prairie. According to Environment Canada, the maximum temperature recorded on Sunday was 35.8 degrees Celsius, which shattered the old June 27th record of 29.3 degrees celsius set in 2006.

It looks like the high reached Monday will also break a record. It reached 38.1 degrees at the Grande Prairie Airport in the 6 p.m. hour. The previous record for the hottest June 28th was 28.8 Celsius in 2008.

A heat warning remains in effect for almost all of Alberta with little to no reprieve from the heat expected until at least Thursday. Residents are urged to take precautions to protect themselves like spending time in cooled indoor spaces where possible, drinking plenty of water, and not leaving any people or pets inside a closed vehicle for any period of time.