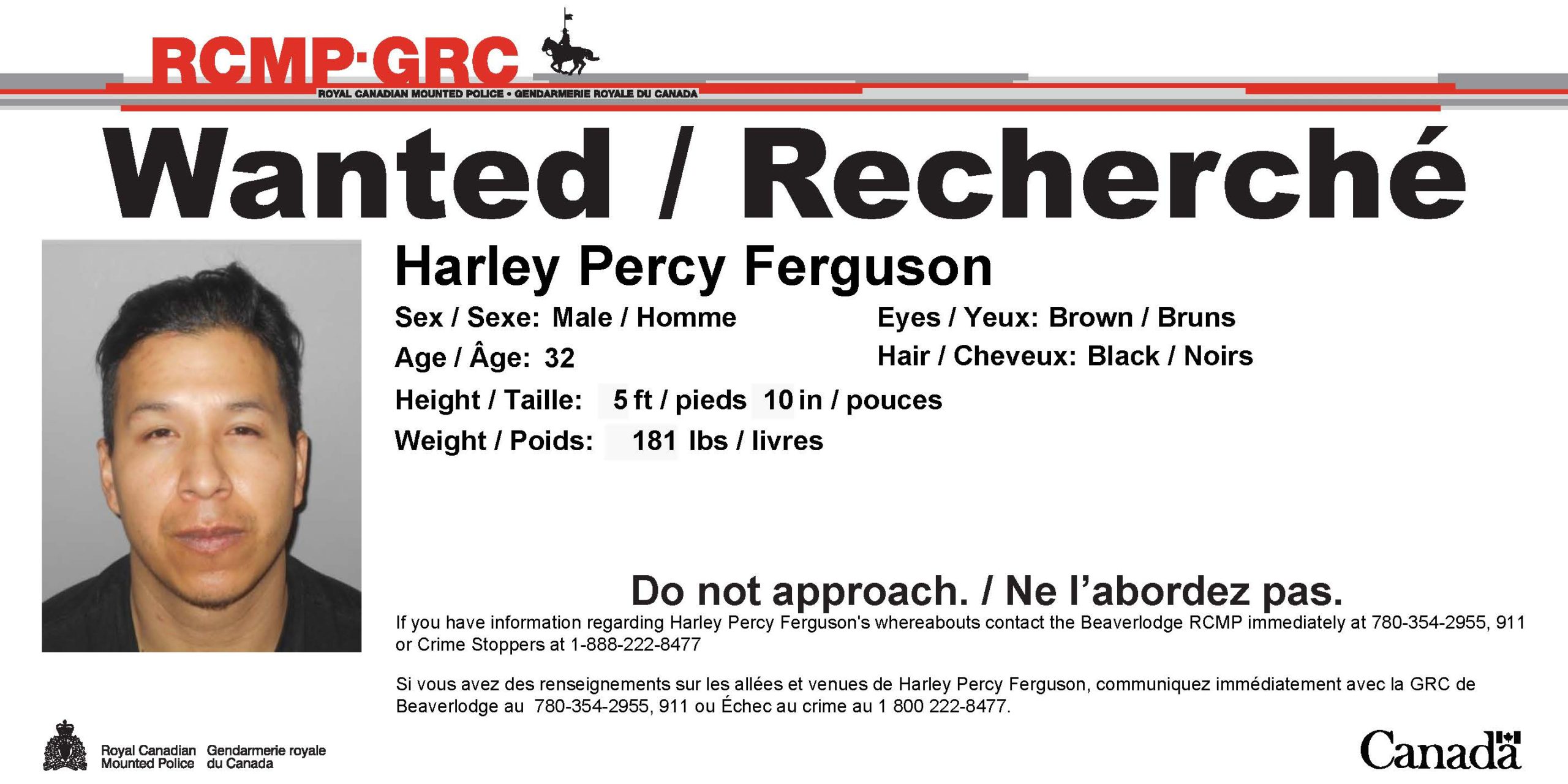 The Beaverlodge RCMP says 32-year-old Harley Ferguson was arrested on June 25th, 2021. The suspect remains in custody and will next appear in a Grande Prairie courtroom on June 30th.

Beaverlodge RCMP is asking for the public’s help in tracking down a man facing attempted murder charges.

Police say they were called to the scene of a shooting on Horse Lake First Nation on June 12th. It’s believed an interaction between two suspects and a 27-year-old man led to shots being fired and the victim injured.

Police say while Horseman remains in custody, they’ve been unable to track down Ferguson, who has a warrant out for his arrest. The 32-year-old is described as Indigenous, standing 5’10” tall, weighing 181 pounds, with black hair, and brown eyes.