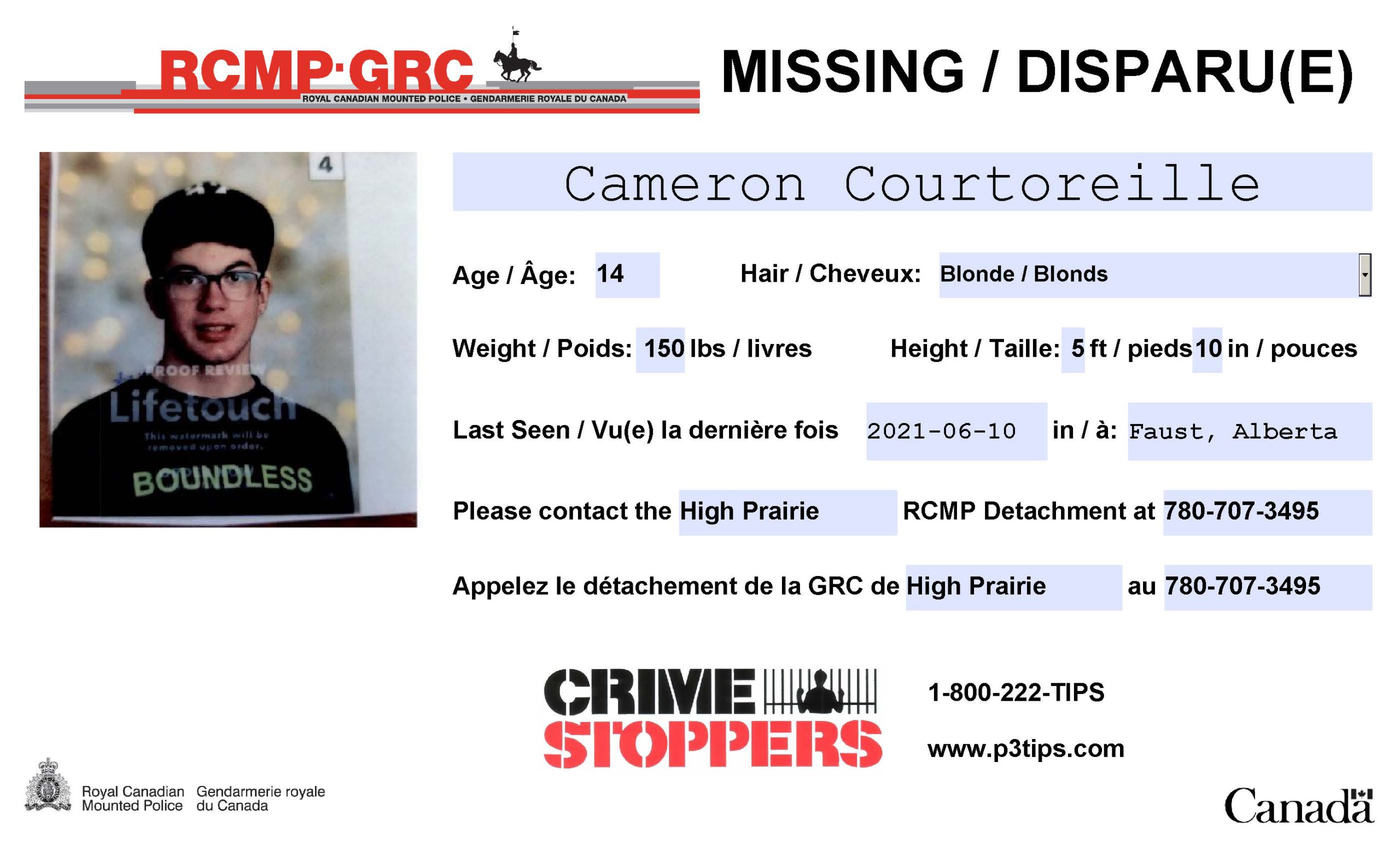 High Prairie RCMP is asking for the public’s help in tracking down a missing 14-year-old boy who is known to visit Grande Prairie. Police say Cameron Coutoreille was last seen on the night of June 10th at his home in Faust wearing black framed glasses, black seat pants, and red shoes.

Mounties say Coutoreille is described as Metis, with short brown hair and brown eyes. He is described to have a slim build and stand approximately 5’10″, weighing 150 pounds.

Police say he is known to frequent the communities of Grande Prairie, High Prairie, and Slave Lake.