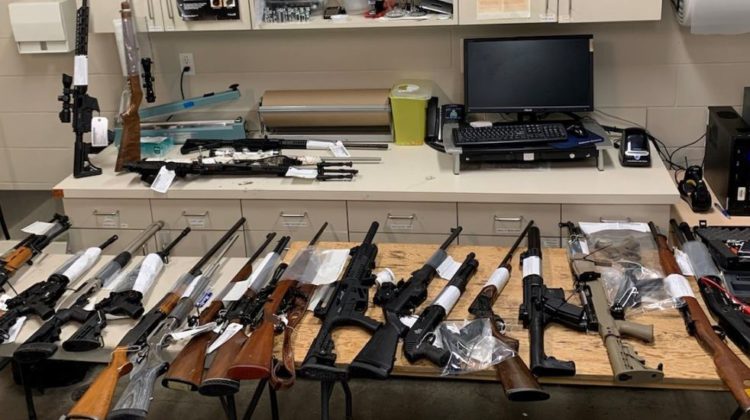 A 41-year-old Grande Prairie man is facing weapons charges after police seized more than two dozen guns and thousands of rounds of ammunition from a house in the County of Grande Prairie.

Police say their investigation began after reports of a man causing a disturbance near a school in the City of Grande Prairie shortly before 3 p.m. on June 8th. Police say a search of the accused’s vehicle turned up a handgun, a machete, an axe, and two handgun magazines with ammunition.

Further investigation then led police to execute a search warrant on the house during which they seized 28 firearms, including both handguns and long guns, approximately 10,000 rounds of ammunition, and multiple firearm magazines.

41-year-old Robert Howarth of Grande Prairie is facing charges of possession of weapon dangerous to public, carrying a concealed weapon, and unauthorized possession of a firearm. Howarth remains in custody and will next appear in Grande Prairie Provincial Court on June 14th.