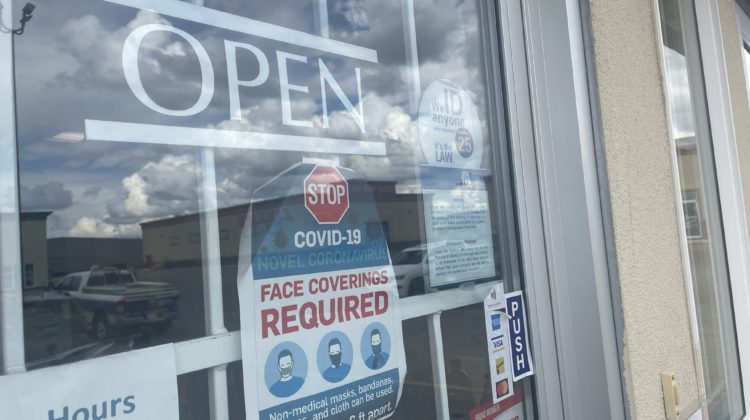 Indoor dining will be allowed in phase two of the Alberta governments plan to re-open the province. (Abby Zieverink, mygrandeprairienow.com, Staff)

Excitement and uncertainty are two feelings at least one restaurant owner in Grande Prairie is describing, as COVID-19 restrictions will loosen to allow indoor dining on Thursday.

Maddhatters Co-owner Derek Moe says although this is a huge step in for local businesses, although uncertainty over the next three to six months remains.

“Every step we take forward, it’s 100 per cent great for the industry but, 18 months’ worth of damage has been done,” he says.

He adds many small businesses have lost trust in the re-opening process, as more than once, re-openings have been followed by closures shortly thereafter.

“The big question still is the ‘what ifs.’ So, it’s great. But we still don’t have a plan if this doesn’t work, as we’ve tried this track run a few times.”

Moe says continuing to be proactive with health measures to ensure all local businesses aren’t forced to close again will be a priority for him, and he believes many others.

As part of phase two of the provincial re-opening plan, funeral services, wedding ceremonies, and outdoor gatherings will be allowed for up to 20 people socially distanced.

Indoor recreation, entertainment, places of worship, and retail, will be increased to 1/3 of fire code capacity, and personal and wellness services will be able to resume walk-in services.

Gyms will be able to open for solo and drop-in classes as with indoor, group classes requiring three metres of social distancing.

Post-secondary institutes will be able to resume in-person learning and the work from home order will be lifted but is still encouraged to remain in effect by the Alberta government.