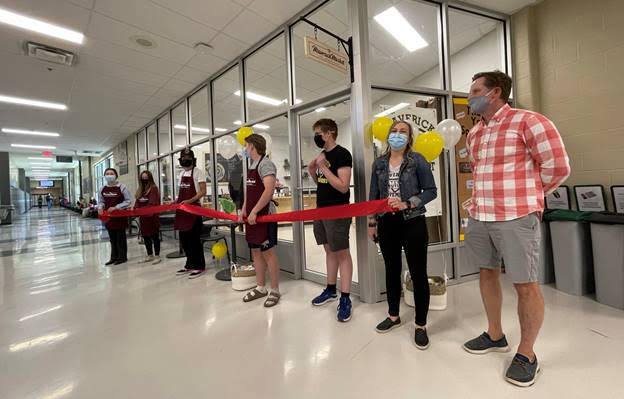 A student-led market has opened its doors at Charles Spencer High School. Supervisor of the market and teacher Shaylene Penner says the student-led store named “Maverick Market” is based on the pillars of breaking the cycle of poverty, which has been a key component to creating core values in the students.

“Since our school has been opened we have been working on a pillar every two years. Education, food security, water, and the store is about the opportunity.”

She adds that although the focus of the market is around opportunity, they have included previous pillars the students worked on, such as food security and water as well.

Penner says the Maverick Market has been in the works for roughly three years, adding students wanted to create as local-centric a store as possible. She says that includes counter space specifically for local items to be sold, whether in the form of student-run business, or small local business.

“They’re very, very proud it’s a really cool opportunity for them and to see all the other things come together because we’re bringing together all of our initiatives as well,” she says. “With the way the world is right now, we want to focus on supporting local and supporting our community.”

Penner says the business will be day-to-day managed by students, with everything from sales to inventory falling under their umbrella. She adds the first year will very much act as a time to iron out any potential kinks in the business plan.

“Next year we plan on having a business and we will have positions that need to be filled and students will have the opportunity to apply for them.”

Penner says the students will be getting credits for their involvement in the store, which she hopes will allow the store to remain open for numerous years and help promote good life skills for students when they go into the workforce.