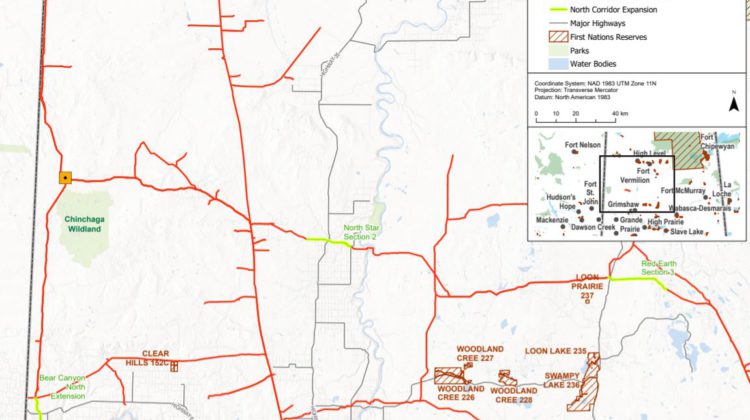 Another pipeline expansion project in northwestern Alberta has been given the green light from the federal government. Minister of Natural Resources Seamus O’Regan gave the go-ahead approval of NOVA Gas Transmission Ltd.’s 2023 North Corridor System Expansion Project in an announcement Tuesday.

He says the approval comes with 37 conditions related to safety, environmental and wildlife protection, Indigenous engagement, and protection of Indigenous rights and interests. Part of that is creating 786 hectares of land for caribou habitat and establishing an Indigenous Working Group for the Red Earth and Chinchaga Caribou Ranges.

The $632 million dollar project will add 81 kilometres of new pipeline, which NGTL argued was needed to meet its contract commitments to move gas from the Peace River Project Area to growing markets in Alberta. The federal government also says it will provide natural gas producers and shippers with greater access to domestic and U.S. markets.

Natural Resources Canada says the project is expected to create the equivalent of 1,740 full-time jobs during construction and $307 million in labour income. It is the second approved pipeline expansion in the region for NGTL over the past several months, following the much anticipated approval of its 2021 System Expansion Project in October 2020.