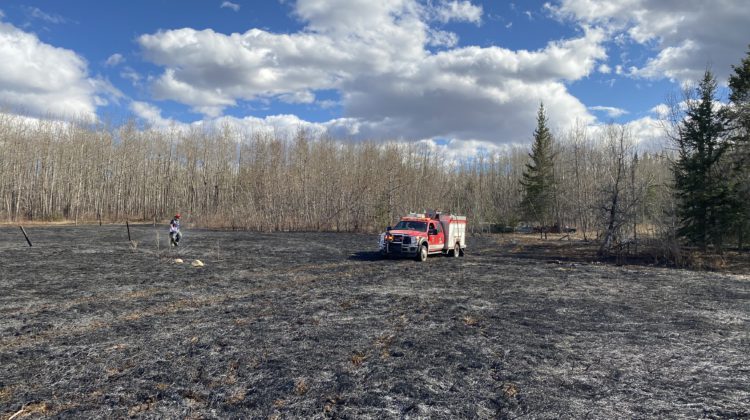 County of Grande Prairie Regional Fire Services officials are urging the public to keep safety top of mind after a quartet of human-caused fires on Sunday.

Regional Fire Service Deputy Fire Chief Jason Nesbitt says a majority of the fires crews responded to on Sunday afternoon were a result of fires being lit and not monitored.

“We ask everyone if they are going to have a fire that they have a fire permit in place, and that there is the appropriate clearance between the fire pit or burn barrel and any combustible material,” he says.

He says two of the fires on Sunday were caused by controlled fires, with a burn barrel used in one, and a burn ring in the other.

He adds oe of the blazes is believed to have begun after an individual shot at an explosive target.

Nesbitt says that even if you’re following all the rules, a fire can still start from a fire being left unattended after a fire burnt one hectare of land from a controlled fire pit. “All it takes is an ember to jump out of those pits and the grass catches on fire,” he adds.

Nesbitt adds that spring winds, humidity, and temperatures are variables that can contribute to a fire spreading rapidly.

“Right now we’re in that no man’s land right now where we’re not quite warm enough to green up and bud out, we haven’t had enough precipitation to make that happen either, so it prolongs the curing period that dries out the grass,” says Nesbitt.

Nesbitt says fire permits are free and available on the County of Grande Prairie’s website.