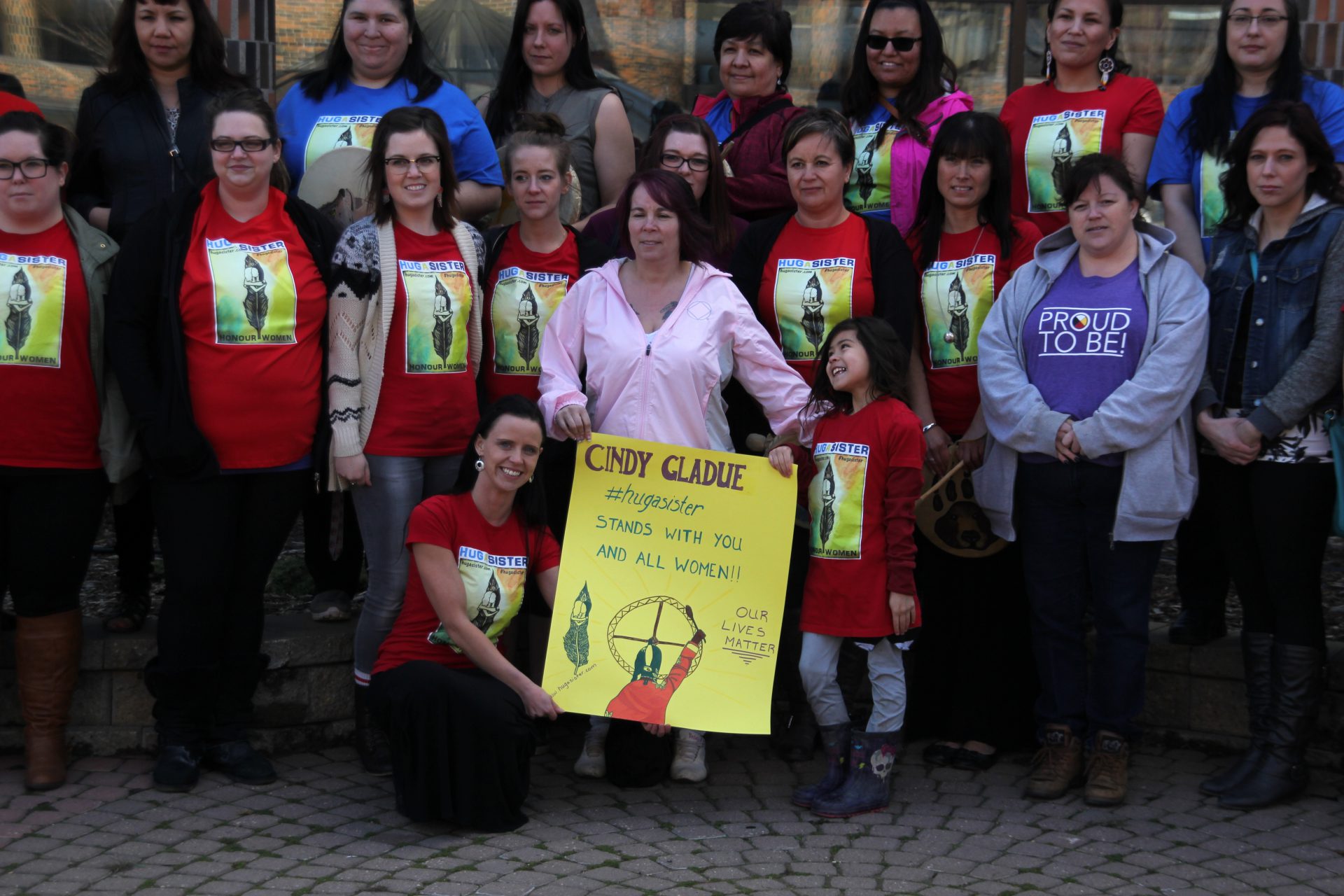 More than forty people gathered at GPRC’s On Campus Friendship Centre Friday afternoon to show support for the family of Cindy Gladue.

Gladue bled to death in an Edmonton hotel bathroom in 2011 from an 11-centimetre wound in her vagina.

The man an accused of murdering her, a trucker from Ontario, was found not guilty last week.

The verdict has shocked communities across Canada, and sparked numerous other protests, but
Hug a Sister founder Jackie Benning says the lives of missing and murdered Aboriginal women are often not talked about.

“And even in the case of Cindy Gladue, it wasn’t until the case had a not guilty verdict where it really came to the public’s attention that this had even happened, so part of this was wanting to raise awareness to the injustices that she faced in her life and after her life in the justice system.”

Crown prosecutors have filed an appeal, and a petition signed by those at the rally will be sent in support of that decision.

“Just know that there are people in the country and across the world that are thinking of them and praying for them, and lots of good energy is being sent their way; good positive vibes, and hopefully they can feel that and that can help them move forward in a good way.” 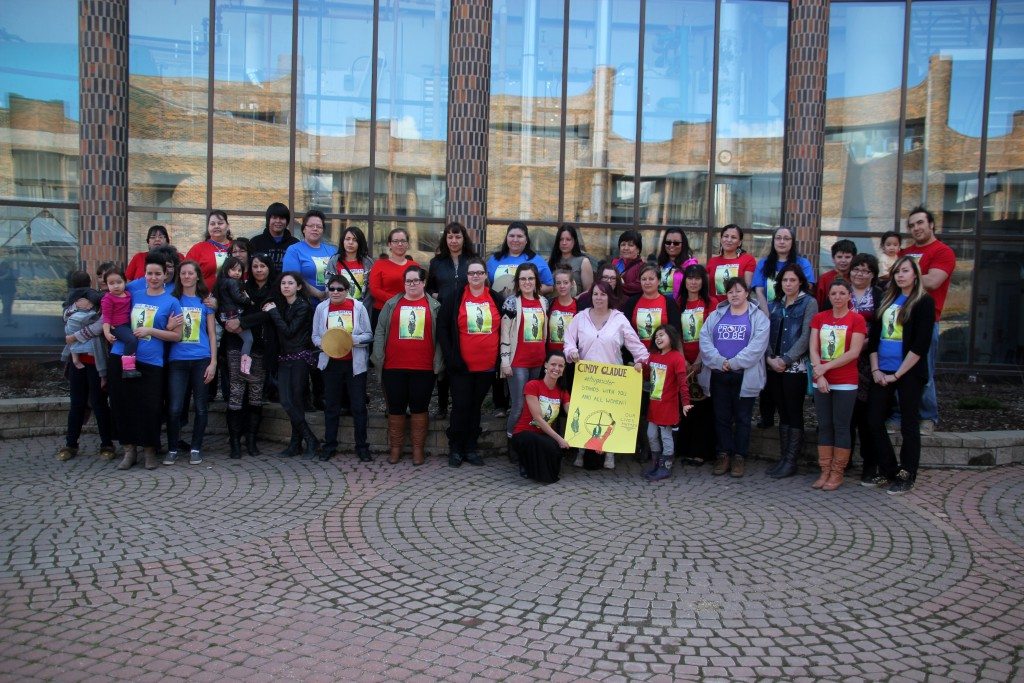