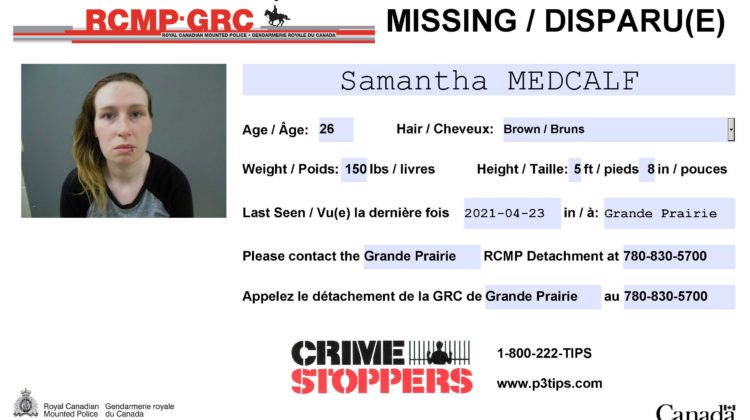 Grande Prairie RCMP says Samantha Medcalf has been located safe and unharmed. RCMP would like to thank the public for their help.

Police have reached out to the public for help finding a missing woman. 26-year-old Samantha Medcalf was last seen at 9 p.m. on April 23rd at the Tim Hortons in downtown Grande Prairie.

Medcalf is described as 5’8″ and 150 pounds with hazel eyes and brown hair. The RCMP says there is concern for her wellbeing and anyone with information on her whereabouts is asked to contact the detachment or Crime Stoppers.