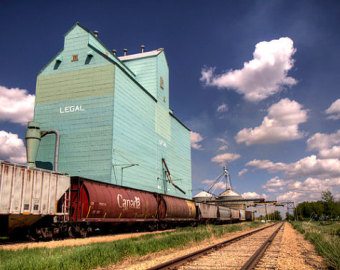 2016 will mark 100 years since the arrival of the railroad in the Peace Region.

The Grande Prairie and District Oldtimers’ Association is already making plans for how they would like to celebrate next summer by bringing a historic locomotive up from from the Alberta Railway Museum for the summer.

Board member Bob Patterson says the 100 Anniversary of the rail road is worthy of a big celebration because it was such an important milestone for the region.

“It was a huge benefit to everybody that was bringing in groceries and feed and supplies and farm equipment and furniture, just everything. 100 years ago to come this far with the railroad was a huge development for the country, it really helped out everybody a lot.”

Patterson says they won’t be able to approach the museum about borrowing a train until later this spring but in the meantime they are busy soliciting support for local municipalities.

“The railroad museum is closed for the winter in Edmonton but they know that we’re working on this and once they get open in May then we’ll have these letters of support we hope, and we’ll go down to the rail road museum and say that there’s 50, 60, or even 80,000 people in this great frozen north that want to see that big ol’ train back here.”

Patterson says ideally they would bring a historical locomotive and train cars from the museum to the area for the summer, perhaps offering train rides to Beaverlodge or Sexsmith and back, and to function as a mobile museum of the railroad’s history.