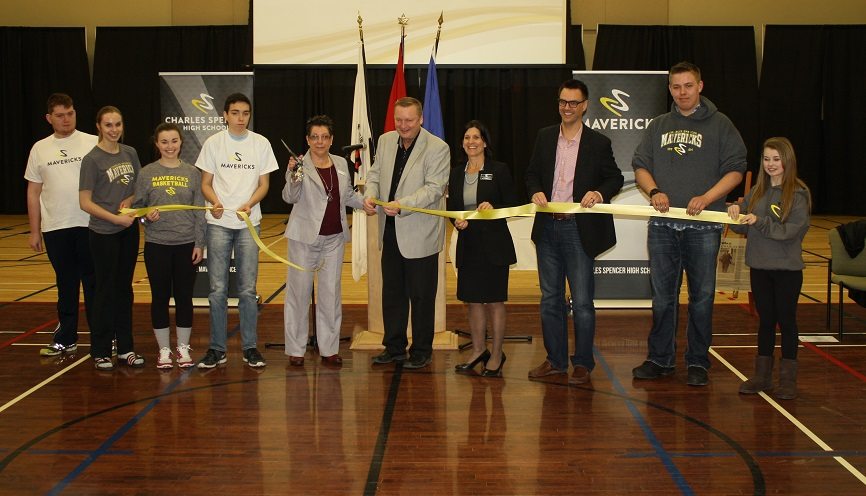 Principal Michelle Blair says having the ceremony now meant that staff and students have had a chance to create a school community.

“If we’d had this opening ceremony in October it would have been very different because we were still quite a new and young group. Everybody came from different schools so it wasn’t like they all knew each other. We would have still been at a bit of an awkward stage about who we really are as a school and who we are as an identity.”

Blair says they have also had a chance to put the final pieces on the school since the fall, things like equipment for the weight room, appliances for the kitchen, along with books and furniture for the library.