Wembley students get up close and personal with Ottawa politicians 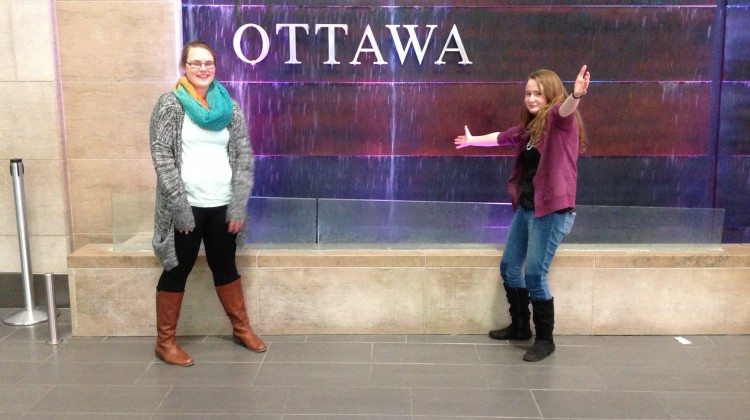 Two Helen E. Taylor students and their teacher got a crash course in Canadian government as they took part in the Forum for Young Canadians in Ottawa earlier this month.

Heather Taylor and Hannah Wood got a tour of parliament, highlighted by sitting in on Question Period.

Heather says it was interesting to get a closer look at how politicians work.

“Usually on TV they’re presented as very crisp and proper, but in the House of Commons they were kind of yelling at each other, telling them each other to apologize, to be more respectful, so it was kind of eye-opening.”

The grade nine students were among 87 picked from across the country to take part.

They also took part in a group exercise involving the import and export of products, that they say taught them a lot about patience and negotiation.

Hannah says she’d recommend the experience to anyone interested in meeting other youth from around the country.

“I think for both of us we just wanted to try a new experience; it’s kind of a great thing to go more into depth. Just seeing the way government moves, like a machine almost!”

“I thoroughly enjoyed seeing the process upfront and close up and personal. There was a really human face put to these politicians you never get seeing them on the television. It was very good for people who are interested in politics.”

He adds that there could be a place for anyone in government, no matter what background they’re coming from.