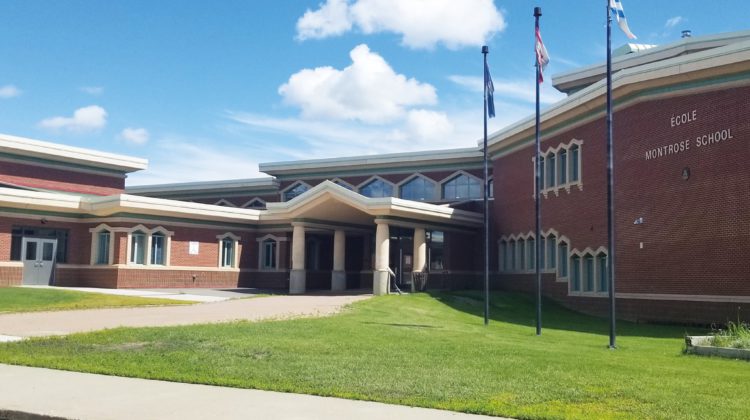 École Montrose in Grande Prairie has been placed under a COVID-19 outbreak designation by the province. It joins two other schools, Charles Spencer High School and Alexander Forbes School, which are considered to have betweeen five and nine cases as of Wednesday.

Grande Prairie Public School Division Deputy Superintendent James Robinson says some of the school division’s schools that are considered to have COVID-19 outbreaks have had less than five individuals attend them while contagious, but are counted because they are members of the school community.

“I am very proud of the diligence of our students, their families and our teachers in following health protocols and most importantly, staying home when they are ill. These combined efforts continue to make our schools safe places to learn.”

Two other schools, Hillcrest Christian School and École Nouvelle Frontière, remain under outbreak designation after more than 10 cases were reported in both facilities earlier this month.

A case of the virus has also been reported at Robert W. Zahara School. Peace Wapiti Public School Division officials say the individual last attended the school on February 11th.