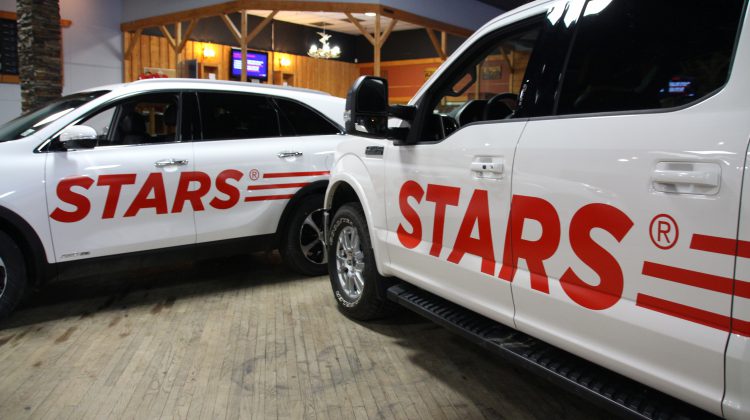 The 28th Annual STARS Lottery is underway, and officials say the need for support, especially during the COVID-19 pandemic is vital for all of their bases, including here in Grande Prairie.

“Thousands of critically ill and injured Albertans have been cared for and transported in our flying intensive care units, arriving at major trauma centres faster, increasing their chances of survival,” says STARS Air Ambulance CEO Andrea Robertson. “An example of this was when our Calgary, Edmonton, and Grande Prairie bases all quickly responded to the tragic tour bus crash at the Columbia Icefield last year.”

Provincial Director for Northern and Central Alberta Jon Gogan says they’ve been fortunate for the support Albertans have shown the organization in the past, and they understand just how many people across the region are struggling. However, they hope that people know when they buy a STARS Lottery ticket it will help to ensure they in the air for the next patient that needs them.

“All of those funds will go to operations for the Grande Prairie, Edmonton, and Calgary base,” he says. “You never know what your $30 STARS ticket really could produce in the future, and how it could change a stranger’s life.”

Gogan adds it never ceases to amaze him the impact one mission can have, not just on all the emergency responders that help that patient during their journey, but the downstream effect.

“I’ve flown kids who were 16 at the time of their accident, and continue to have wonderful relationships with them all through when they get engaged, moving into having children, and in a couple of occasions of some of the patients that I’ve flown over the years, we just created these wonderful bonds of friendship,” he adds.

The 2021 STARS Lottery features three grand prize show homes in Calgary, Edmonton, and Lethbridge, as well as a 50/50 draw, with the hope of reaching around $3.25 million as the winner’s share. More information on the lottery can be found on the STARS Air Ambulance website.