Man with warrants arrested after fleeing on snowmobile 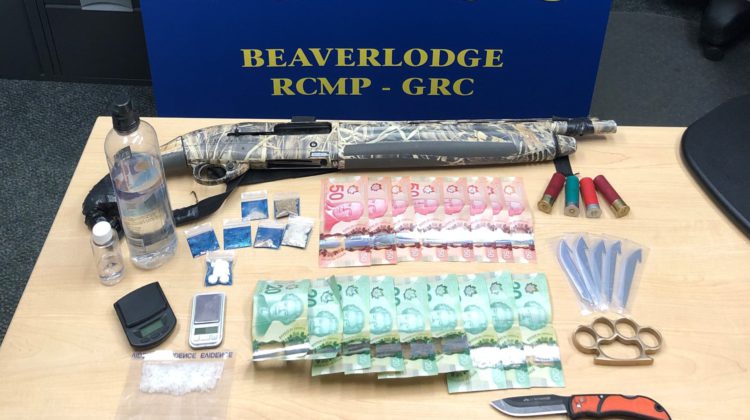 It's alleged drugs and weapons were found on the suspect when he was arrested (Supplied, RCMP)

An attempt to escape arrest on a snowmobile was short-lived for a wanted man in Horse Lake. The RCMP in Beaverlodge says officers were called to a home on the First Nation on January 2nd to take away a man with outstanding warrants.

It’s alleged he tried to get away on a snowmobile that eventually got stuck in some trees. The suspect reportedly then ran away but was taken into custody a short time later.

Police claim he was arrested with a semi-automatic sawed off 12 gauge shotgun, shotgun ammunition for the shotgun, multiple types of drugs including meth, fentanyl, oxycodone and GHB, multiple knives, and brass knuckles on him. On top of his outstanding warrants, Darcy Wanihandi is facing 26 more charges related to drug trafficking, weapon, and resisting arrest. He remains in custody with a court date set for January 13th.