Attending Grande Prairie Regional College is about more than just getting good grades and graduating.

The school recognized that at its annual President’s Award Luncheon Wednesday, honouring volunteers and alumni.

Cris Seppola took home the Steps to the Greater Alumni, for her early success in his career.

After just a few years, she is now a successful local business owner, having founded nine10 Incorporated.

Former Canfor General Manager Chris Andersen was given the Board of Governor’s Award of Distinction, its highest tribute.

His commitment to the community has been called unwavering, along with his many philanthropic efforts around the world.

The Distinguished Volunteer Award was handed out to Sharror Barr, an instructor who is not only an avid volunteer, but also started the requirement for Office Administration students to volunteer themselves.

Meanwhile, the Distinguished Alumni Award went to Dr. Jeremy Bigalke, who started his schooling at GPRC in 1994.

Only a few months after graduating from the University of Waterloo, he was off to Mexico to volunteer at an eye clinic in a remote region and has completed several volunteer missions around the world since then. 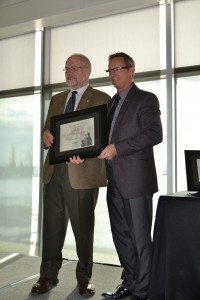 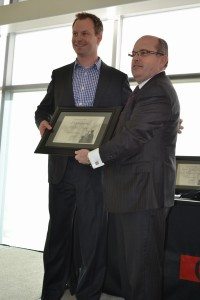 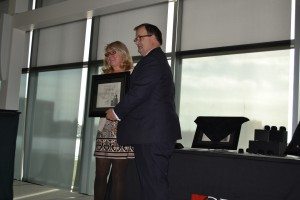