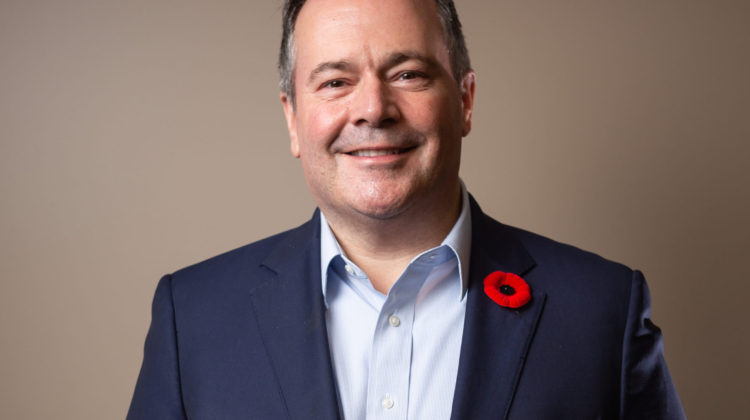 Alberta Premier Jason Kenney is confident the UCP government will be able to convince US President-elect Joe Biden's administration to reconsider their stance on the Keystone XL pipeline. (John Watson, MyGrandePrairieNow Staff)

Alberta Premier Jason Kenney is confident his government can change the minds of U.S. President-elect Joe Biden when it comes to completing the Keystone XL pipeline. Biden had promised to kill the project if elected, but Kenney argues finishing the pipeline is a mutually beneficial project that would play a large part in jumpstarting both the Canadian and American economies.

“Both Canada and the U.S. need to focus on getting our economies moving again, and Keystone XL is one good way of doing that. It’s creating jobs both in the U.S. and Canada right now and we look forward to telling our positive story about how Alberta energy, and Keystone being part of it, can strengthen American energy independence, energy security, and the US economy.”

On a visit to Grande Prairie Saturday, Kenney noted the United States is, by far, Alberta’s largest trading partner. He adds working with the Canadian federal government will also play a critical role in strengthening the relationship with our southern neighbors, especially during the COVID-19 pandemic.

“We sell about $90 billion worth of stuff to the U.S. every year. Overwhelmingly that is oil and that means Alberta is the largest source of energy for the United States,” says Kenney.

Kenney maintains Biden’s position on the pipeline is based on information that is roughly 10 years out of date. The goal, he adds, is to request an opportunity to show how the oil sands have significantly reduced emissions intensity.

“TC Energy, that develops the project, has partnerships with American First Nations, with support from some of the largest unions in the United States, from a majority, we believe, in the United States Senate, and amongst governors and congressional leaders along the route,” he says.

Thus far, the Keystone XL pipeline represents a $1.5 billion investment from Alberta. As Biden made his campaign platform against the pipeline prior to the coronavirus pandemic, Kenney hopes his administration is open to reconsidering its stance and being more sensitive to the trade relationship.

He adds, though approving the pipeline investment in the shadow of the U.S. election was a risk, he believes it was a wise one to take.

“We don’t see it as a gamble. Obviously, there was a risk [but] if we didn’t make that investment, the project never would have moved forward. Getting market access through pipelines is existential for the future of Alberta’s economy. We’ve always wanted to get as many pipelines built as possible; we weren’t prepared to put all of our eggs in the basket of Trans Mountain going to Vancouver, which is owned by the federal government. Keystone XL, we made an investment there to get construction started, partly to hedge our bets, in a way, and we remain confident that we’ll proceed with that project.”

Kenney estimates when the COVID-19 pandemic slows to a manageable point and global energy demand begins to recover, Alberta oil prices will rise up to between $60 and $75 CAD per barrel. He says the demand for immediately limited supply will not help Alberta unless more international pipeline access is accessible, in order to reduce price differentials.

As a message both to Albertans as well as the Biden administration, Kenney says the Alberta government is not prepared to sit and passively let others determine the future of the province.

“The case that we will make to a Biden administration is that if they don’t purchase this heavy crude from Alberta through KXL then they have to buy it from the OPEC dictatorship of Venezuela. I think that case makes itself.”