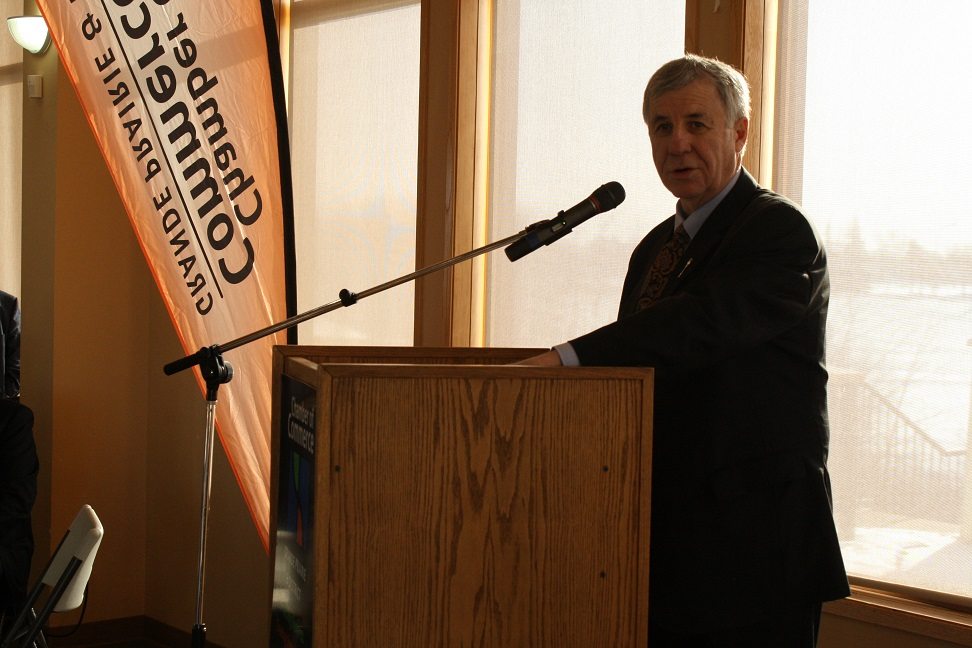 Finance Minister Robin Campbell shared some of the province’s strategies for cutting the fat from the upcoming budget with Grande Prairie residents earlier today.

Campbell says the emphasis will be on cutting unnecessary costs from the public sector rather than trying to fill Alberta’s coffers through taxation, adding that the tone of conversations with unions is going to change.

Campbell says the province cannot continue with the way it has been spending on the public sector.

“We’re going to provide the core services in health care, education, and seniors care. A number of programs in government that it might be nice to have but aren’t core services, you might see those disappear. We want to keep people working but we also have an obligation to the taxpayers of Alberta to make sure that we have our spending in line.”

Much of the blame for the $7 billion deficit the province is now facing is being pointed at Alberta’s reliance on oil revenues, but Campbell says that’s a dependency he intends to see decrease to as low as 10 per cent over then next 10 years.

Campbell says he is working on a 10 year financial plan for the province, with a focus in the first three years on establishing a more responsible fiscal attitude.

The option of adding a provincial sales tax is one that has been bandied about, but one Campbell says Premier Jim Prentice is not keen on introducing.

“Putting a sales tax in would be very detrimental to low income families. While there’s good paying jobs in the province of Alberta there’s also people in the $50,000 range that are single family earners who’ve got a couple kids. They’re not living high on the hog, they’re getting by. If you put a sales tax on goods, that’s more money out of their pockets.”

“Corporations invest money and they hire people, they create jobs. Our biggest revenue source is income tax so we want as many people working as possible in the province because that’s how we collect our money. We want to make sure that we keep our industry working because that’s what keeps Albertans working.”

Campbell wasn’t able to share with the crowd at Centre 2000 when they can expect to see the 2015 budget tabled, adding that it is up to the Premier’s discretion.