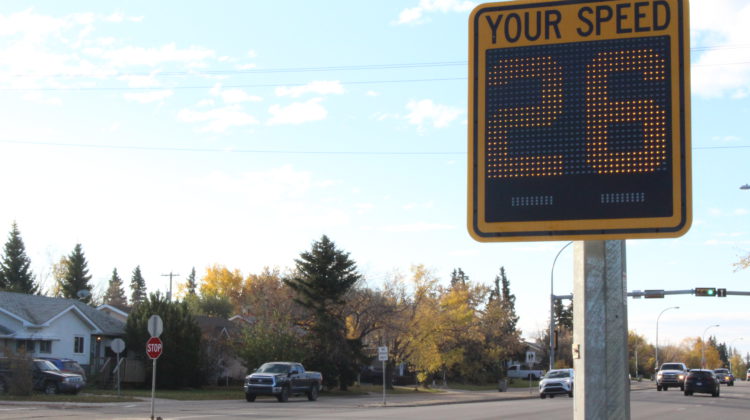 Drivers in Grande Prairie will be seeing a new school zone reminder on their daily commutes, as the City of Grande Prairie has installed speed indicators in select zones across the city.

Sgt. Ross Gear with Enforcement Services says the indicators were procured by the engineering and traffic department in the city after at least anecdotal evidence suggested they are a helpful tool in other municipalities.

Sgt. Gear says, for the time being, the indicators are bookending the school zone on 100 Street near Swanavon Elementary School, but they will be rotating into and out of zones across the city.

“It will moved around the city, and spend a little time in one zone and move to another…we want to spread that education around as we have many school and playground zones,” he says.

He adds that it’s another example Enforcement Service’s push to educate drivers rather than ticket them.

“I think it’ll be quite effective, if we are warning someone about a particular zone, perhaps we don’t have to do enforcement there. If it proves to be very effective, it will be a great thing.”

Gear says enforcement in school and playground zones has been pretty consistent throughout September and is hopeful that as the year rolls on, the number of tickets will drop significantly.