Historic Sexsmith grain elevator to be torn down this week 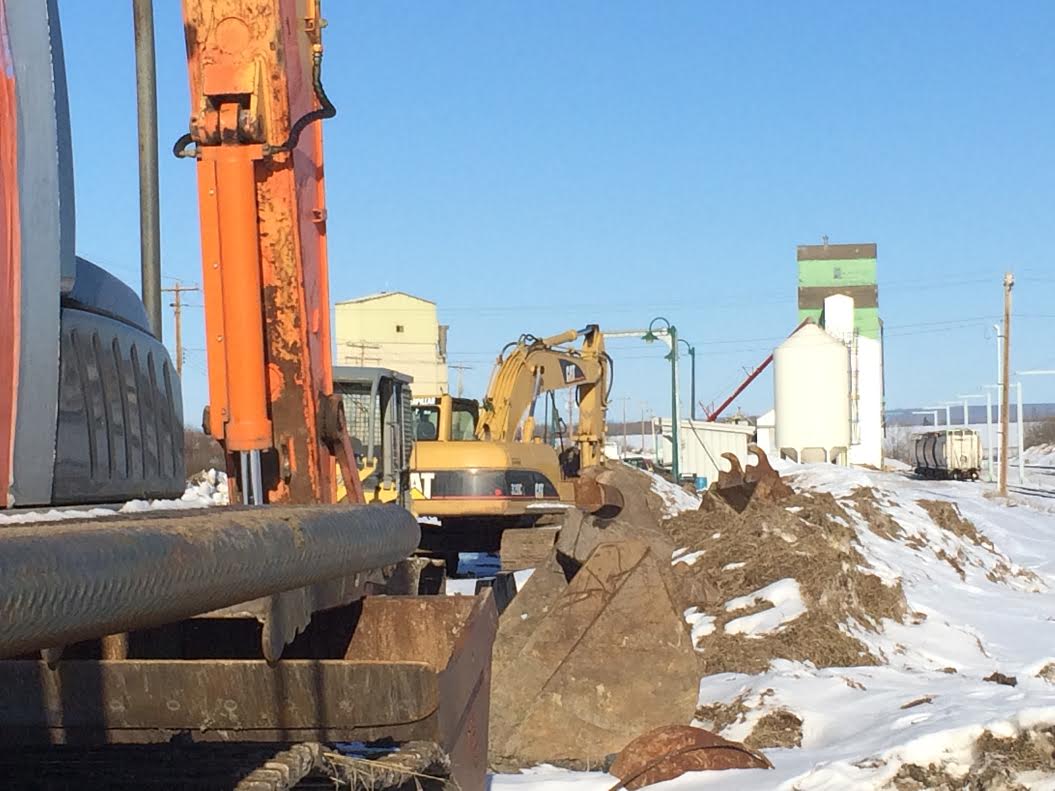 Sexsmith town Council is taking advantage of an opportunity to have one of their two remaining grain elevators knocked down this week.

Mayor Claude Legace says having crews from the clean up of the elevator that was destroyed by fire in January still around allowed them to expedite the demolition process.

“We had hoped to get it done this spring anyway, the sooner the better for us. We had been waiting for that opportunity when the crew would be here and it’s working out at the moment.”

Legace says he isn’t sure yet when the process of knocking it down will get started but once it does, it will go quickly.

“They’ll strip the tin off to be salvaged, then strip the siding off to be hauled to the nuisance ground because it [contains] chemicals. From there the rest will be knocked down and taken to a pit and burned, making it environmentally friendly.”

As for the third elevator, Legace says a decision on it’s future has been deferred until town council can get more information on the cost of restoring, fire-proofing, and securing the building.

Several parties have lobbied for the protection of the structure, but Legace says more information will help them decide if the cost of restoration is worth the value of the historic landmark.