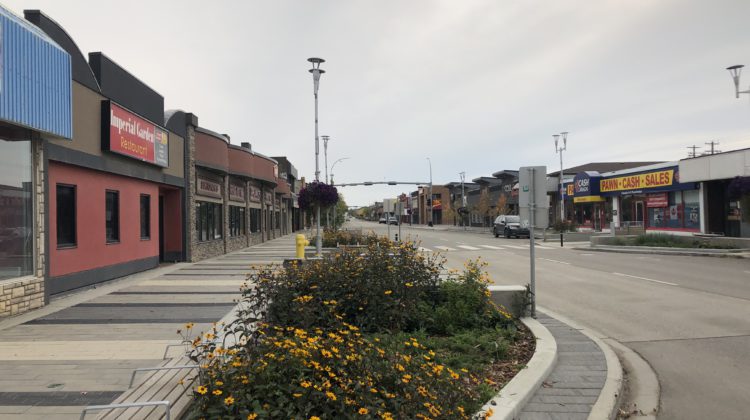 No change? No problem. The City of Grande Prairie is hoping the temporary removal of coin metres downtown will help push shoppers into the core.

The city says the removal of the machines was is part of downtown infrastructure improvements, which includes plans for the installation of electronic parking kiosks during Phase 4 of their downtown rehabilitation work.

“The existing coin-operated parking meters have been removed at this time to provide free parking for those doing business in the downtown although the 2-hour time limits remain in effect and are being enforced for most of the downtown on-street parking,” the city explains.

The news is music to the ears of the Grande Prairie Downtown Association. Executive Director Wendy Bosch says while businesses have been reopened for more than two months, she continues to hear that visitors seem to be slow to adjust to the new normal, which comes with added caution.

She adds many people don’t carry change on them, primarily for hygiene reasons, and a lack of need for change can only help drive shoppers downtown.

“Nobody likes to have to pay extra, and it seems these days people don’t have the capacity to carry change as we once did. Everyone use credit cards, debit cards… cash isn’t used as it once was,” she says. “There is a concern in some of the businesses since COVID, that they don’t accept cash.”

Bosch adds, despite parking metres eventually coming back into the mix, the short term plan is to remind people that the downtown core is primarily made up of local entrepreneurs looking to make a living.

“Mostly all of our businesses are local businesses, so we want as much of a normal business economy to come back as possible, these people make their living off the residents, tourism and regional visitor, so we need to support our community.”

Phase 4 of the City of the Grande Prairie Downtown Rehabilitation Project will see work done on 100 Avenue from west of 100 Street to 98 Street. The project was approved in November 2019 as part of the municipal budget.