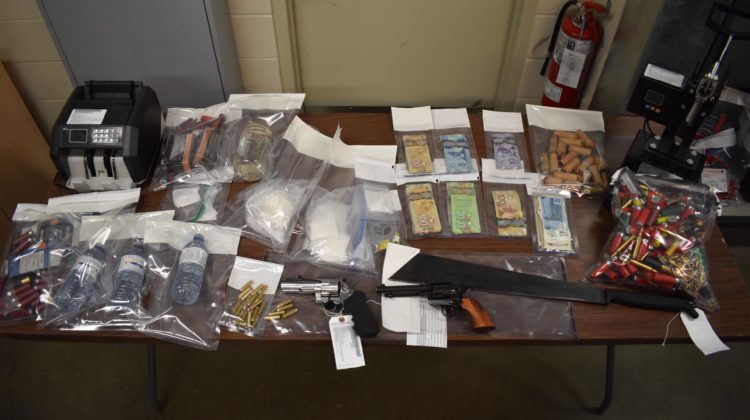 A search warrant at a home in Swanavon has reportedly turned up a significant amount of drugs, along with several vehicles, a loaded gun, and a large amount of cash. The RCMP says its Western Alberta Rural Crime Reduction Unit searched the home in the area of 96 Avenue and 102 Street on August 13th.

Officers report seizing 285 grams of meth, 163 grams of cocaine, and 2.5 litres of GHB, along with a loaded .357 handgun, the cash, five vehicles and a fifth-wheel trailer. It’s noted the vehicles and cash are considered proceeds of crime.

37-year-old Matthew James Bergeson and 25-year-old Taylor Marie Leslie of Grande Prairie have both been charged with several charges related to the possession of drugs for the purpose of trafficking and the proceeds of crime, and weapons offences. Bergeson faces additional firearms and possession charges, as well as failing to comply with conditions of release.

Bergeson remains in custody with a bail hearing set for September 2nd. Leslie has been released and is set to be back in court the same day.