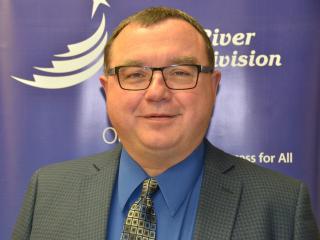 Peace River School Division’s Superintendent of Schools Dr. Paul Bennett is retiring next year. Bennett has held his position since his appointment in 2009, following two years as Deputy Superintendent.

According to the PRSD, Bennett began his career with the district in 1994, serving as the principal at Worsely Central School. In 1997, he was appointed principal at Fairview Jr Sr High School, where he coordinated and led the opening of the Fairview and Area Learning Store in 2005.

Board of Trustees Chair Darren Kuester describes Bennett as continually dedicated to student learning and fostering a culture of excellence in the school divisiob.

“Dr. Bennett is a true advocate for our students, staff, communities and public education,” he says. “His dedication to PRSD and public education is second to none… We are very grateful for his innovative nature, leadership, and passion to provide students with the best educational opportunities possible.”

The PRSD also attributes the establishment and coordination of its Student Engagement Teams, Student and Staff Recognition Programs, and Superintendent/Teacher Advisory Committee to Bennett over the course of his career. He also made strides in collaborating with PRSD”s Mennonite communities to provide educational opportunities and partnerships in the region.

Outside of his position as Superintendent of Schools, Bennett served as the President of the Peace River Rotary Club and President of the Zone 1 College of Alberta Superintendents. Construction of the Grimshaw Public School, modernization of the Menno Simons Community School, and ongoing amalgamation of PRSD offices to the Central Operations Building in Grimshaw were also all projects Bennett was involved in.