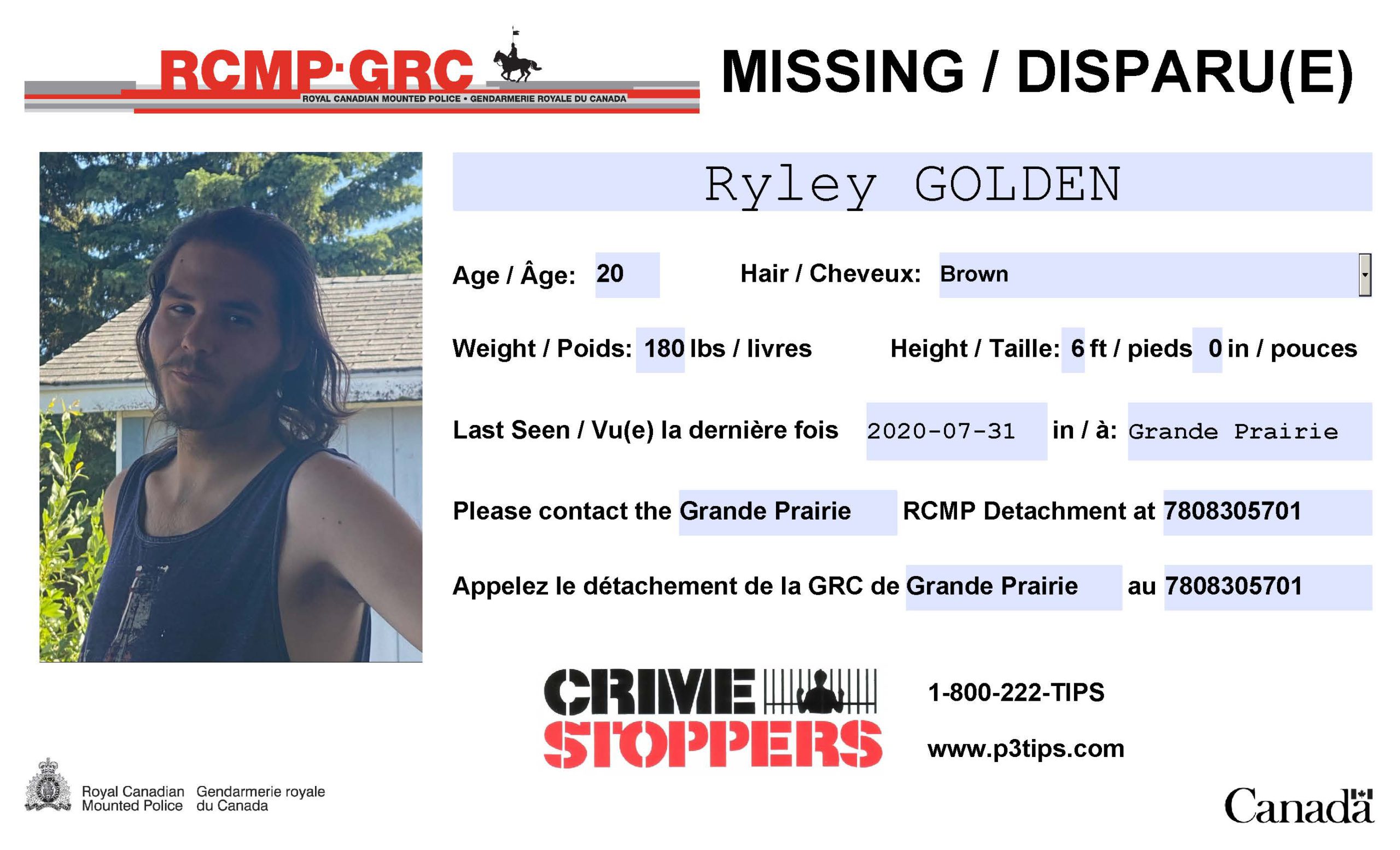 The Grande Prairie RCMP is asking for the public’s help in tracking down a missing 20-year-old man.

Police say 20-year-old Ryley Golden was last seen in Grande Prairie on July 31. It is believed that he may be in the Red Deer, Sylvan Lake or Peace River area.

Golden is described as standing 6’0”, weighing 180 pounds, with a slim build, brown hair and brown eyes.

Mounties say they are concerned for his well being, and anyone with information is urged to call police or Crimestoppers.