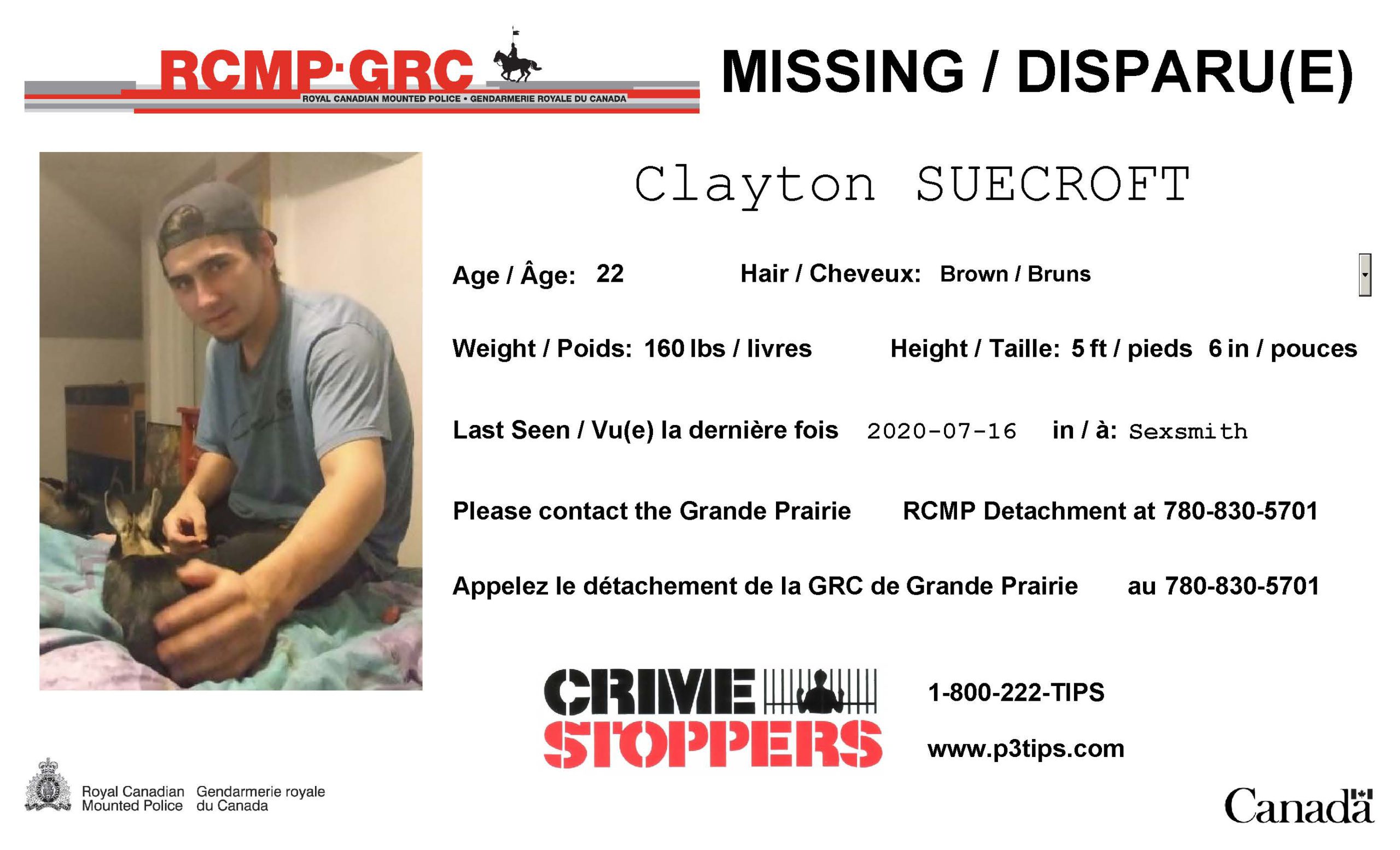 The RCMP has reached out to the public for help finding a missing nan. 22-year-old Clayton Suecroft was last seen in Sexsmith on July 16th.

Suecroft is described as 5’6″ and 160 pounds with brown hair and brown eyes.

Police say there’s concern for his wellbeing and ask anyone with information on his whereabouts to contact RCMP or Crime Stoppers.