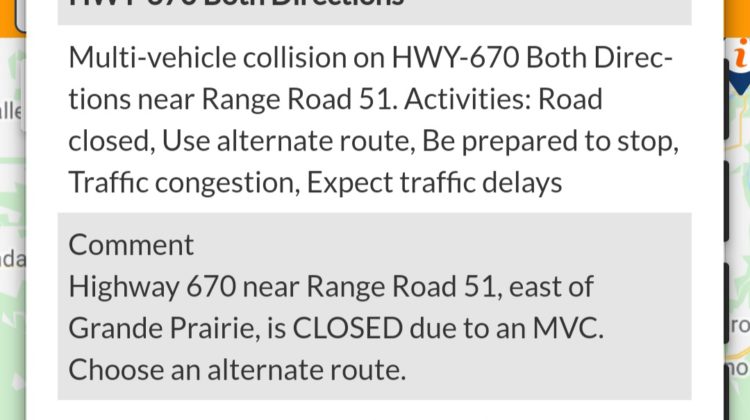 UPDATE: A 61-year-old man has been killed in a two-vehicle crash on Highway 670. Grande Prairie RCMP says it was called to the intersection with Range Road 51 around 3:48 p.m. Wednesday.

Police say their preliminary investigation shows a pickup truck heading south on the range road failed to stop at the stop sign and hit an SUV heading west on the highway.

The pickup’s driver was declared dead at the scene. A man, woman, and youth in the SUV were taken to hospital with serious injuries while two other youths in the SUV were hospitalized with minor injuries.

An investigation with an RCMP Collision Analyst continues. The name of the deceased is not being released.

Highway 670 is closed to traffic in both directions near Range Road 51. 511 Alberta notes the area is congested and suggests an alternate route.