Update: Missing man last seen at end of May has been located 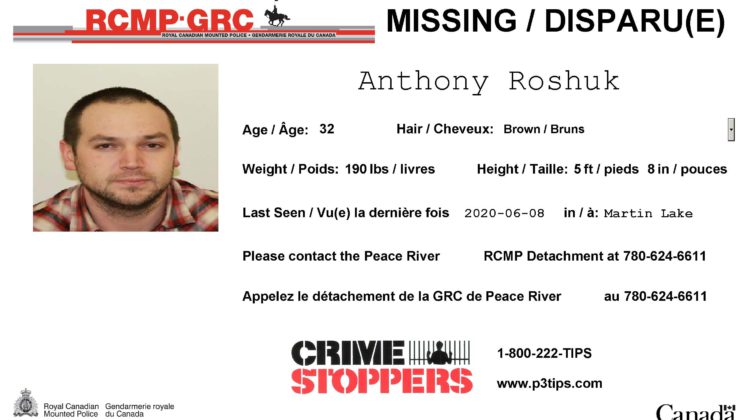 Update: Peace Regional RCMP advise that Anthony Roshuk is no longer believed to be missing and would like to thank the public and the media for their assistance

The RCMP in Peace River has reached out to the public for help finding a missing man. 32-year-old Anthony Aaron Roshuk spoke to his family on June 8th but has since been unreachable and there’s concern for his wellbeing.

Police say he was last known to have lived in the Woodland Cree First Nation Marten Lake some time ago, but his location is unknown. He has not been seen in person since May 29th.

Roshuk is described as Indigenous, 5’8″ and 190 pounds with short brown hair and brown eyes. Anyone with information on his whereabouts is asked to contact RCMP or Crime Stoppers.