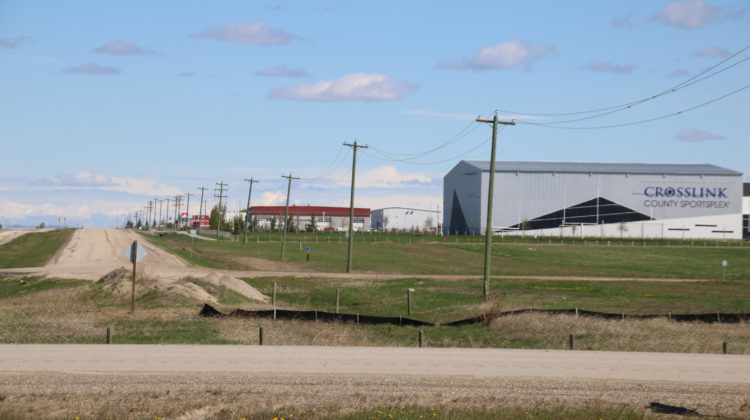 County of Grande Prairie councillors are asking for more detailed plans when it comes to the proposed flyover at Range Road 62 and Highway 43X. At their meeting this week, councillors directed administration to start discussions with an engineering firm to create a conventional design for the project. The design will be funded by upwards of $400,000 that is already part of the county’s budget.

The flyover would connect the Crosslink County Sportsplex and Whispering Ridge neighbourhood for both vehicular and pedestrian traffic. Director of Public Works Dale Van Volkingburgh says the details they’re looking for include things like the width of the pedestrian walkways.

“Once you have the detailed design completed you can put it on the shelf and wait for the funding. If you don’t have the funds to do the project, you can still be ready for the future with it,” he says.

Van Volkingburgh says this is the second major proposal for the area after administration already looked at the feasibility of using a traffic circle for the new intersection as a stop-gap before installing a flyover or overpass. He adds the cost of the total project, which sits at about $15 million, makes it easy to understand why councillors are curious to get a little more information before giving their approval.

“That’s why we brought it back because it’s a large amount of money for designing just to make sure they’re good to move forward with it.”

He adds the county’s transportation master plan has a flyover scheduled for the area, but plans were moved up after council approved added the project to the list of shovel ready projects requested by the province to help kick-start the local economy post-COVID-19.